The creative minds at Royal Husiman, Nauta, and Reichel/Pugh Yacht Design have come together to create a new sailing boat: the Nauta 151 yacht. The request for the new yacht, that is now in build, came from a repeat client who Nauta had previously designed a 34-metre sailing yacht for, based on a similar brief. The owner required a yacht that was “safe, silent and strong”. 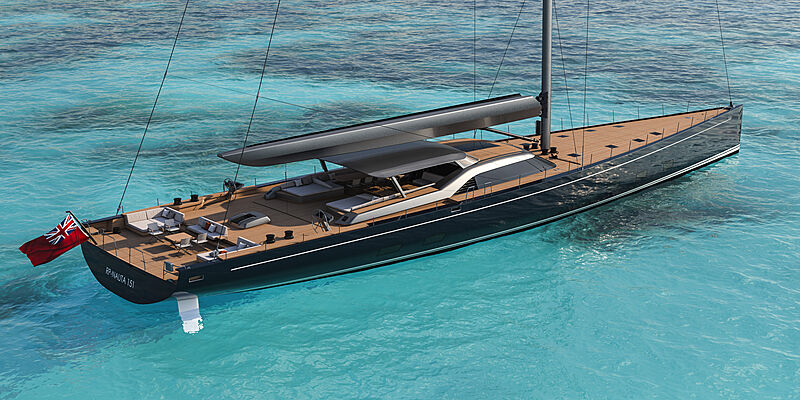 Long-standing Nauta partners Reichel/Pugh were selected by the client for the design of the yacht’s naval architecture. Reichel/Pugh brought in America’s Cup CFD specialists Caponnetto Hueber and Giorgio Provinciali for a comprehensive hull design study, in order to improve sea-keeping and motion of the new sailing yacht. Reichel/Pugh ultimately tested 12 models before the development of the final hull shape. 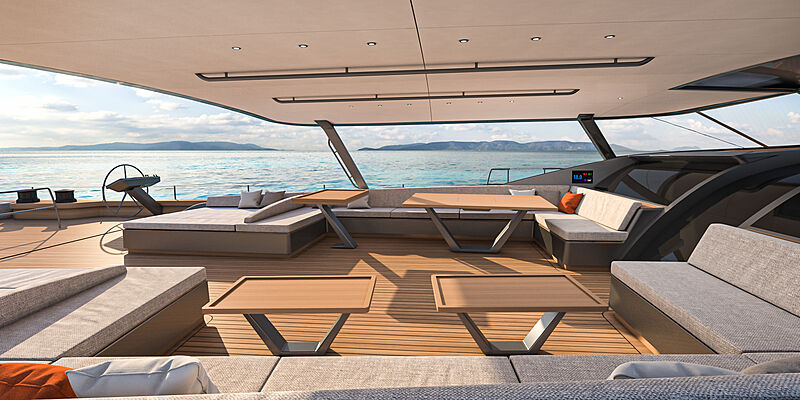 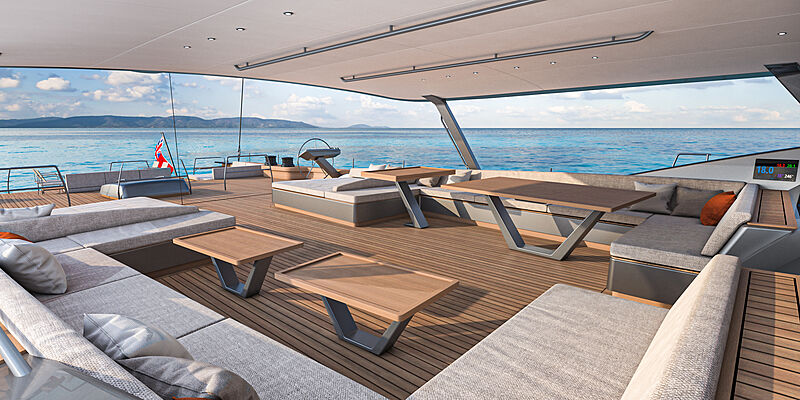 The exterior profile of the in build vessel is defined by her deckhouse, described by her creators both as “unobtrustive” and as “blending gracefully with the austere sheer line”. Despite considering carbon fibre early on in the project, the design team opted for an aluminium vessel for extended bluewater sailing. The goal was to make the yacht as light as possible by combining aluminium with carbon composite  construction. The deckhouse, guest cockpit and hardtop are all made from carbon fibre by Rondal, Royal Huisman’s sister company. The team at Rondal are also building the Panamax carbon mast, boom and the yacht’s integrated sail handling system. 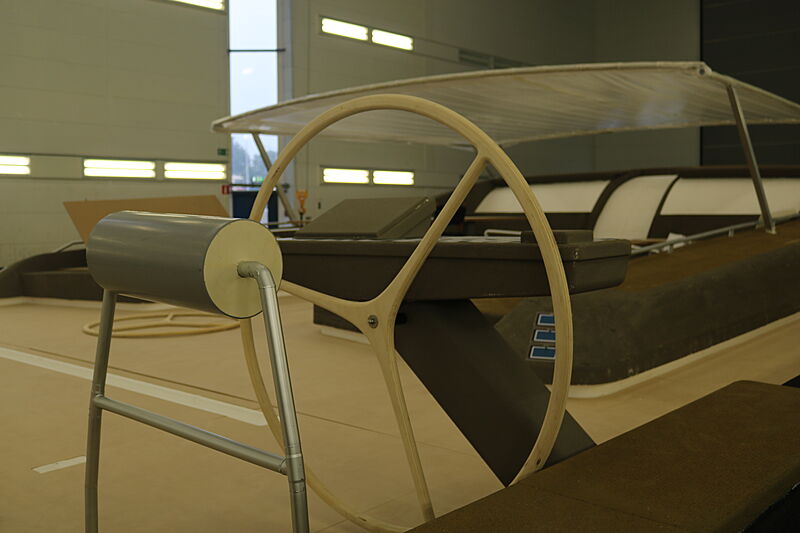 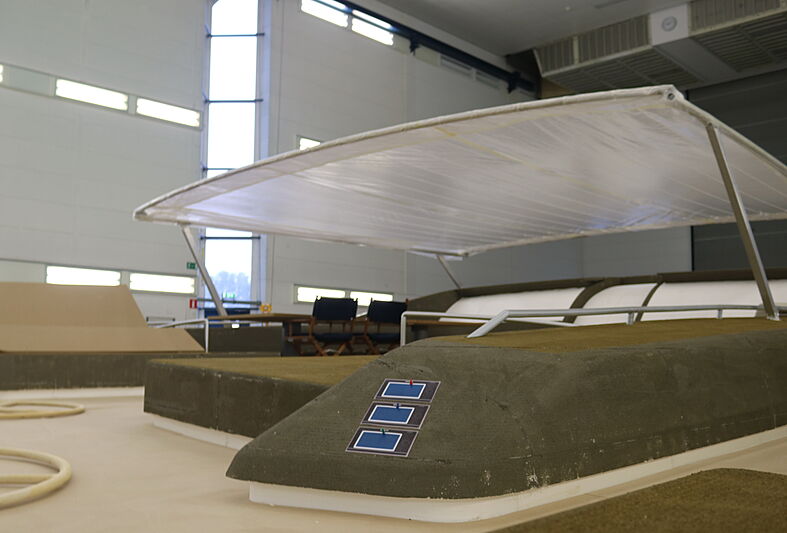 Photo: Royal Huisman ShipyardsThe Nauta 151 has space for 10 guests on board, assisted by a crew of eight. With a wide transom of almost 10 metres, the vessel features a hinged section on her teak aft deck that folds out hydraulically in a single movement to rest on top of the beach platform. This reveals a staircase that can be raised for launching the crew tender. The aft section is also home to two sun loungers with L-shaped backrests for viewing aft or athwart ships when sailing. The raised aft bulwarks can be used for seating, and two steps lead to the crew companion hatch as well as the yacht’s double helm positions. 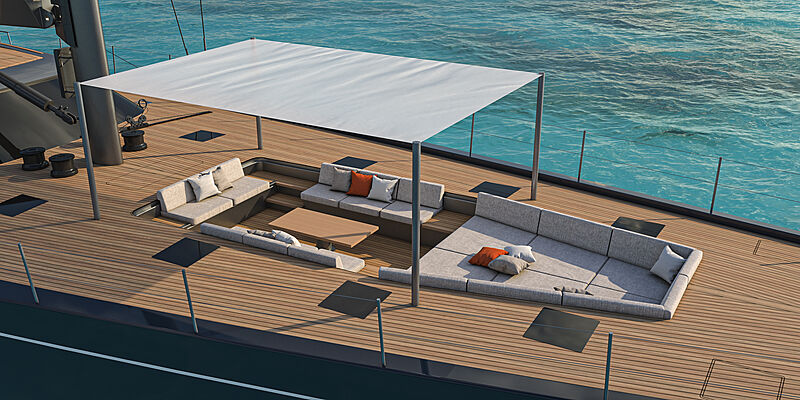 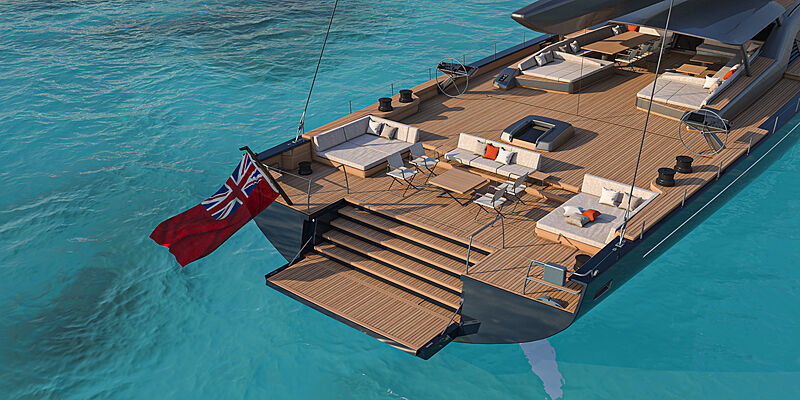 The guest cockpit also functions as a social area and is shaded by a carbon composite hardtop that can be removed in racing mode. A curved windscreen has three opening sections to provide a thorough breeze into the cockpit, which her builders say is unusual for a yacht of this kind. Underneath the deckhouse, the owner and guests will find a dining area and lounge, a full-beam master stateroom forward, three guest cabins, and her crew quarters and galley aft. 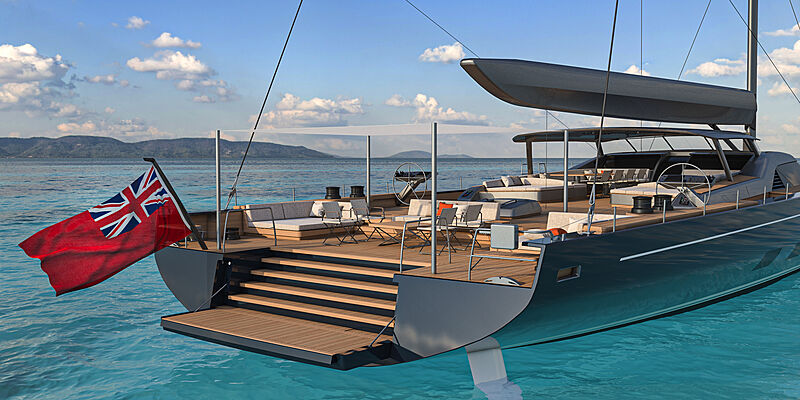 “Combining comfort and safety to explore the world with an extremely lightweight yacht that was competitive in superyacht regattas wasn’t an easy task,” says Mario Pedol, co-founder of Nauta Design in Milan. “The owner wanted a solid, autonomous and safe yacht that was also efficient and modern with a powerful sail plan,” he explains.

According to her naval designers, the yacht should sail upwind under mainsail and jib with a boat speed of almost 13 knots and nearly 18 knots when reaching at a wind angle of 90° in a 15 knot breeze.