Finnish shipyard Nautor’s Swan released the following pictures on their Facebook page yesterday, showing the flush deck of the inaugural Swan 115 FD being moved closer to the yacht in order to prepare final details before the deck will be installed. 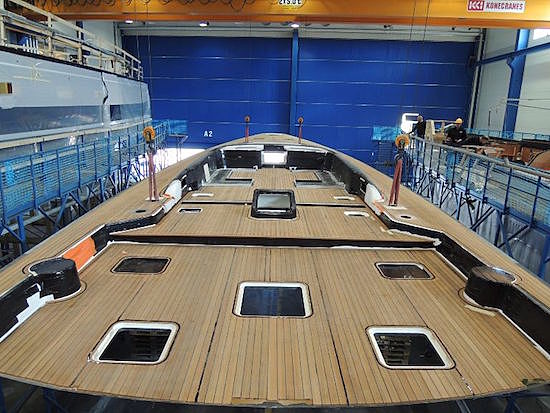 Measuring 35.20 metres, the sailing yacht will have a beam of 8.12 metres. Thanks to a 5.75 metre sailing draft with the hydraulic keel raised, her draft is just 3.5 metres, allowing universal cruising capability. As typical of a modern Swan, she also features a carbon mast and carbon rigging. 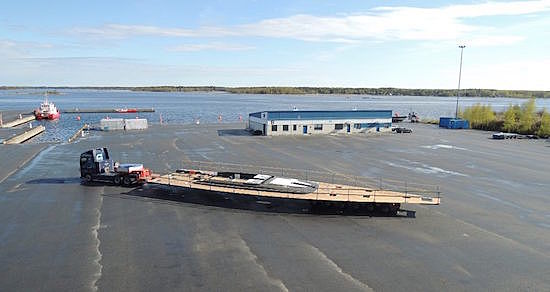 She will accommodate guests over a four cabin layout, including a spacious full beam master suite aft. A crew of six will also be accommodated for. 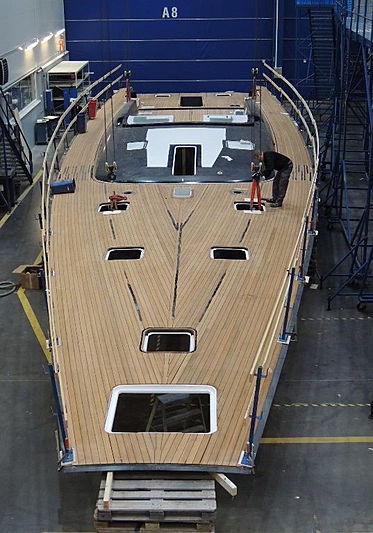 Hull number two, three and four are all already under construction at the yard’s facilities in Pietarsaari, and are scheduled to be completed over the course of 2016.