Nautor’s Swan has announced the latest model in its Maxi Swan line: The Maxi Swan 120’. The new model will be one of the largest in the Finnish yard’s fleet measuring 36.5-metres. 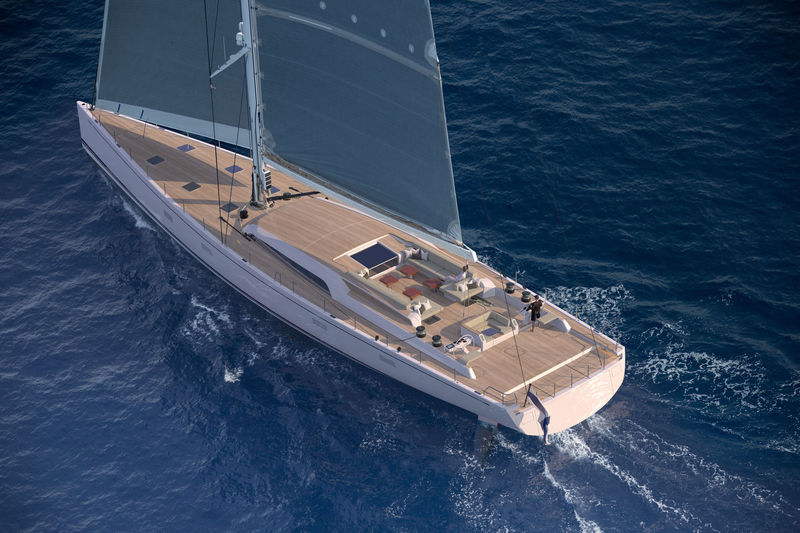 Photo: Nautor's SwanDesigner and longtime Nautor’s Swan collaborator Germán Frers created the naval architecture of the 120’ series. Borrowing from Swan’s other sailing yachts, Frers, who has been working with the yard since the 1980s, gave the 120’ his signature sheerline. A smooth rocker in the hull raises to a robust aft transom which carries the maximum length of the yacht’s beam.

The foredeck of the 120’ series is designed to run flush with the hull and is broken only by the coach roof of the raised main saloon. A protected cockpit area features an electronic bimini and sprayhood, both of which are integrated into the coach roof, and has been designed so that guests are able to move about freely. At anchor, the cockpit transforms into a living lounge space with deck sofas and aisle seating. 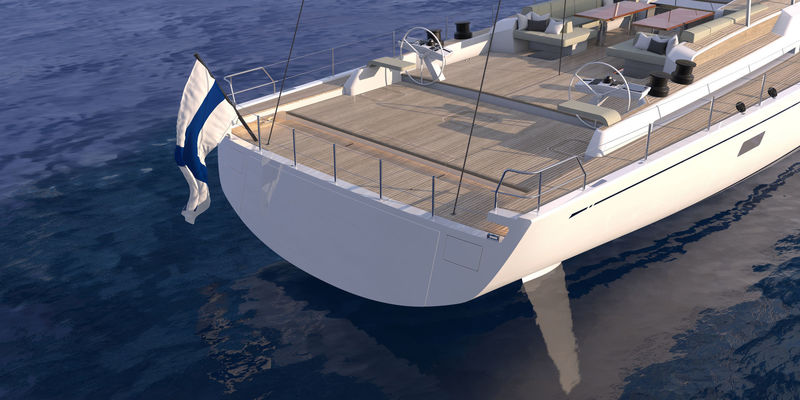 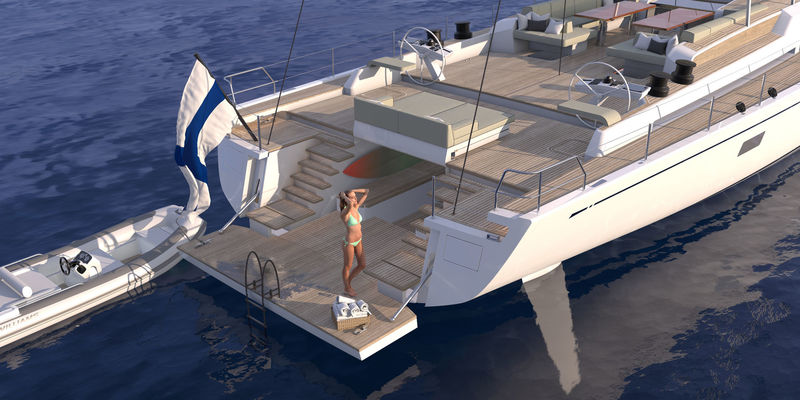 Photo: Nautor's SwanAft of the deck lounge is a clean deck sheltered by coamings which run behind the steering pedestals with ‘aero seating’. The 120’ includes the possibility of incorporating a ‘snug island’ between the helming stations which gives those on watch protection from the elements.

The hull of the 120’ is constructed from carbon fibre material which maximizes the series’ structural integrity while minimizing its weight.  Skins of carbon fibre are laid on a core of M-grade core-cell foam using an epoxy sprint prepreg technology. With a three sail plan, the 120’ will be suitable for a wide array of sailing conditions and a telescopic keel reduces the draught from 5.5 to 3.5-metres when necessary. 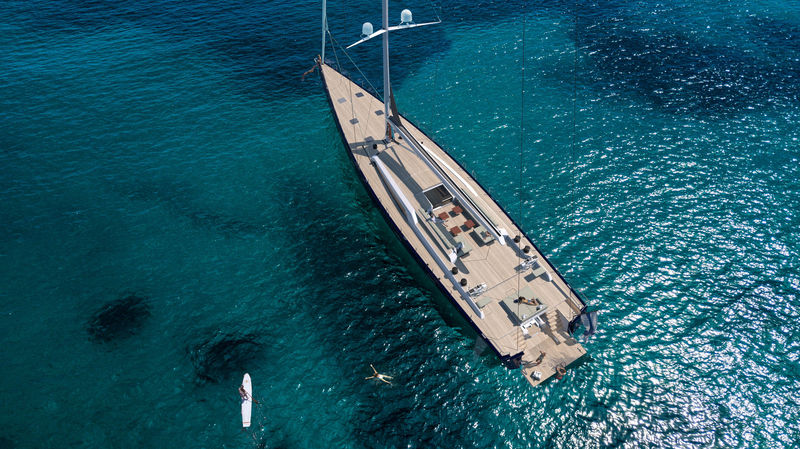 Photo: Nautor's SwanA garage area, with space for a 4.5-metre tender, double features as an extension of the deck space when at anchor. In addition, the transom folds down hydraulically to form a teak deck and swimming platform.  One 450 hp main engine powers the sailing yacht and assists with propulsion while at cruise. Furthermore, the 120’ comes optionally with a racing package - complete with below deck sail lazarette.

Genovese designer and architect Misa Poggi designed the interior spaces onboard the 120’ which are set to include a few key design features. Offering two concepts, dubbed ‘owner aft’ and ‘owner forward’, 120’ owners will have the option of choosing where to place their master suite. Both options utilise the 120’s full beam and feature en-suite facilities. One double and two twin cabins bring the total number of overnight guests to eight. 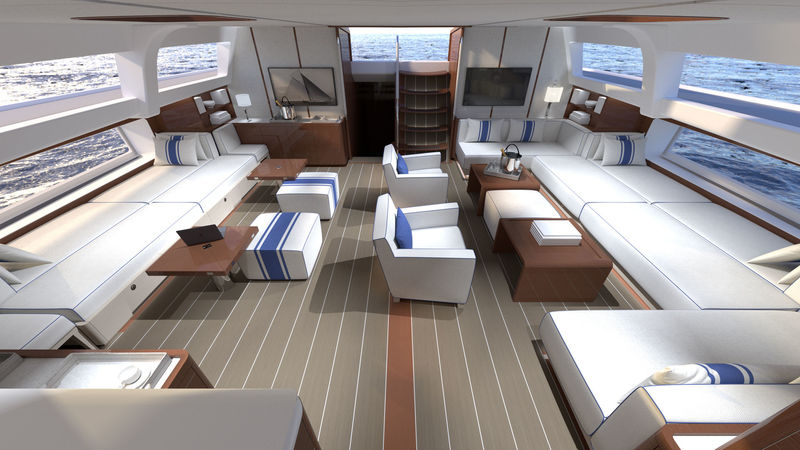 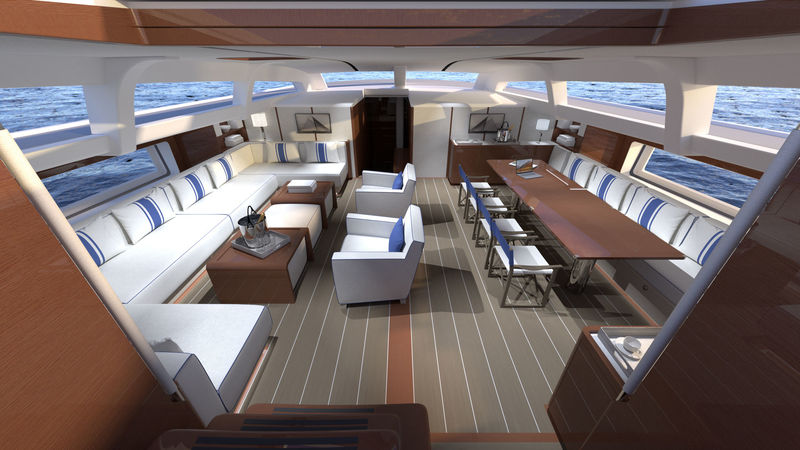 Photo: Nautor's SwanThe raised saloon is accessed via a companionway door constructed with curved glass. Large window panels fill the saloon with natural light while large hull windows with daybeds to port and starboard (harking back to Swans built in the 1970s, which featured ‘pilot berths’) bring in even more sunlight.

This announcement closely follows news of Giovanni Pomati being appointed as CEO of Nautor’s Swan, and, the launch of the Swan 98’.