In February, Navis has finally received the long-awaited DNV MED-D-988 Certificate (a so-called “Wheelmark”, Mark Of Conformity) for its autopilot Navis AP3000 (the MED-B-4076 Certficate for it was received on January 09, 2007). 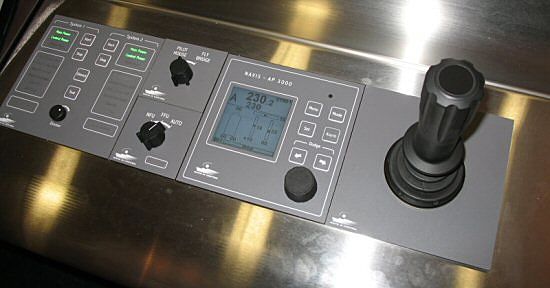 This means that Navis Engineering Oy as a manufacturer of the AP3000 Autopilot complies with the Marine Equipment Directive 96/98/EC requirement. This gives Navis the green light to selling the AP3000 freely throughout the European Economic Area without any barriers to trade.

Also, an extension to the DNV MED-B Certificate (MED-B-4076) was received last week. Three new configurations for the vessels with 2 independent rudders were added. The previous edition of the Module B certificate issued for Navis included only configurations for 1 rudder or 2 linked rudders.

The Navis AP3000 autopilot is part of the Navis JP3000 Joystick Pilot system for megayachts, which ensures safe and easy maneuvering. The system has been designed as a flexible alternative to installing a DP system on a work boat when there is no need to comply with a certain DP class. Though the system provides similar functionality, thanks to the simple and intuitive GUI it does not require sophisticated training.