The count down begins for all existing vessels to have the BNWAS retrofitted onboard at the first survey after 1st July 2012. A BNWAS is essentially a ‘dead man’s alarm system’ intended to ensure the officer on watch is alert and competent to carry out his duties. It is, in effect, a timer, which counts down, with the device triggering an alarm if the Office of the Watch becomes incapacitated. 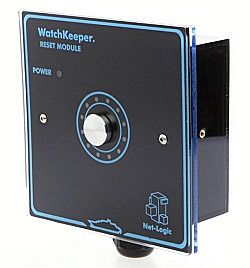 In line with the resolution, SOLAS Chapter V (Safety of navigation) Regulation 19 (Carriage requirements for ship borne navigational systems and equipment) has been modified to read: Passenger ships irrespective of size constructed before 1 July 2011, not later than the first survey after 1 July 2012;

Yacht crew and owners should be aware that the first survey may not happen at the same time as a dry docking and that as such owners should note that considerable work might be required for retrofitting a BNWAS.

This could take a vessel out of service for an unnecessary amount of time. This amount of time could be dramatically reduced with the Net-Logic wireless Watchkeeper, hence why Net-Logic are so proud to announce that they have gained MCA Type Approval for WatchKeeper and WatchKeeper+ systems. The WatchKeeper+ is now the world’s first Type Approved wireless BNWAS. The wireless aspect is a huge benefit when it comes to installation with far less disruption.