The latest trimaran superyacht concept from the London based studio Andrew Winch Design is an impressive 100 metre vessel featuring a landing pad and hangar for an Agusta Westland 609 TiltRotor aircraft. Until recently, TiltRotor planes have been unavailable for civilian use, and were originally designed for use in the military. It has the takeoff and landing versatility of a helicopter, and is guaranteed to be amongst one of the most exciting new toys for the ultra-rich. 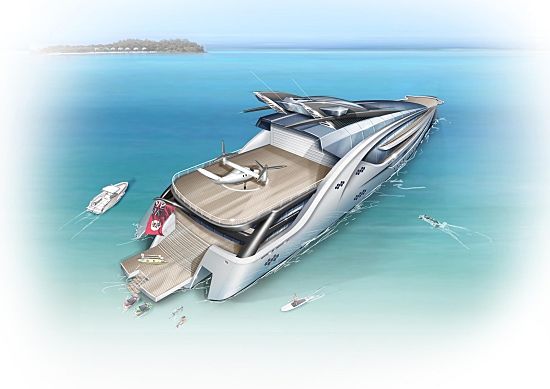 The AW609 craft flies at speeds of up to 275 knots and altitudes up to 25,000 ft, and has a range of 700 nm. To put this into perspective, a typical helicopter has a top speed of 140 knots, and a range of 400 nm. The aircraft is capable of performing long range trips with up to nine passengers and two crew on board with a full fuel load. 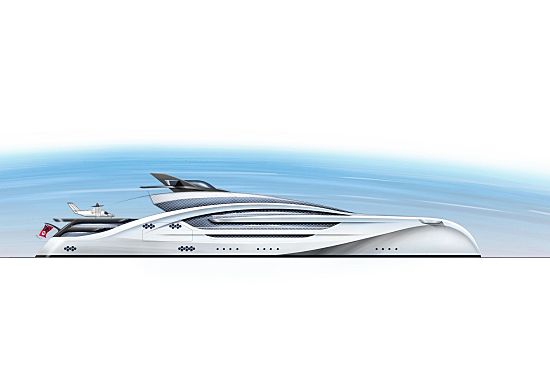 In addition to facilities designed to host the unique aircraft, the vessel will also feature expansive interior spaces and ample tender garages.

The concept has been developed in collaboration with the Dutch shipyard Oceanco. Though more detailed information is, as yet, unavailable, Winch Design has confirmed that she will boast a high level of fuel efficiency with a top speed of 26 to 28 knots.