A new 110 metre superyacht design named Acuore has been presented by Monaco design company, The A Group. The design project came as a result of the success which the studio achieved through their role as creators of the 101 metre IDynasty, delivered last year. 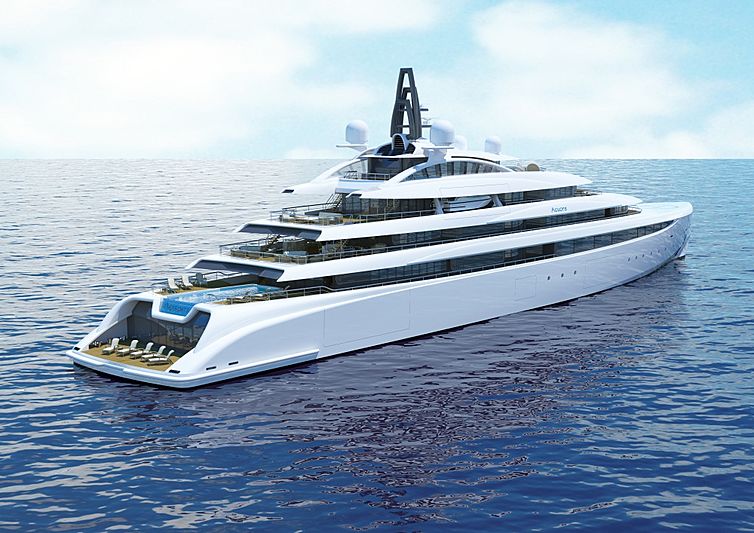 Through their design experiences, The A group has developed a set a styling cues that gives each of their creations a characteristic and recognisable style. The Acuore is no exception with her clean exterior lines, generous interior volumes and the original shark fin arch on the top deck all adding the custom A Group-touch. The vertical bow is not unlike recent designs we have seen from the studio, which is utilised for its fuel-saving and seakeeping capabilities. 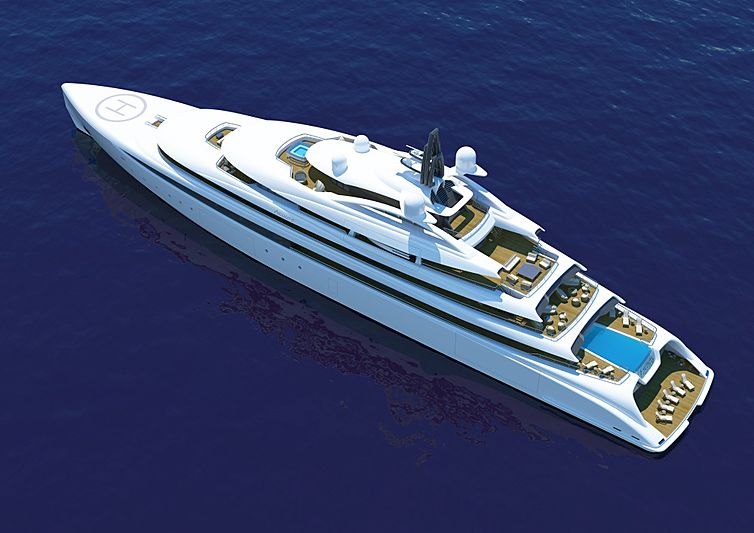 Acuore is packed with superyacht amenities including a helipad located on the forward deck, a lower deck cinema and full beam spa area with a glass lift giving guests access to each of the eight decks. 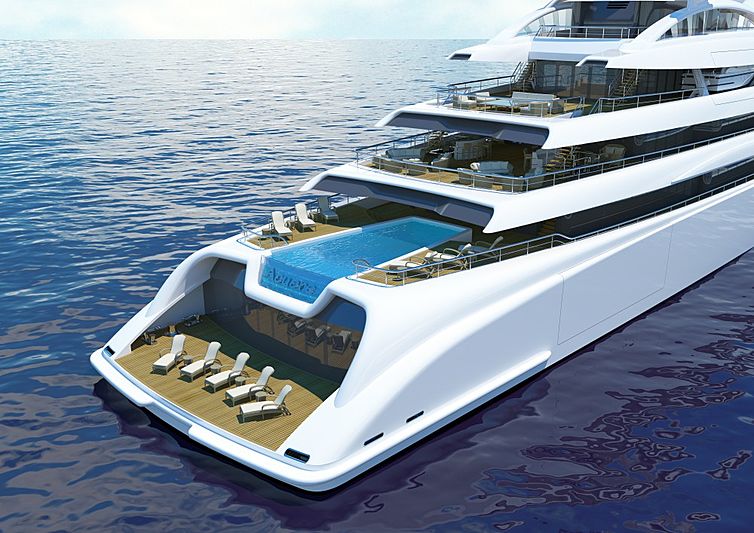 In an initial developed layout, the sun deck has been dedicated exclusively to the use of the owner.Just above, on the top deck, a Jacuzzi and observation lounge complete the amenities. 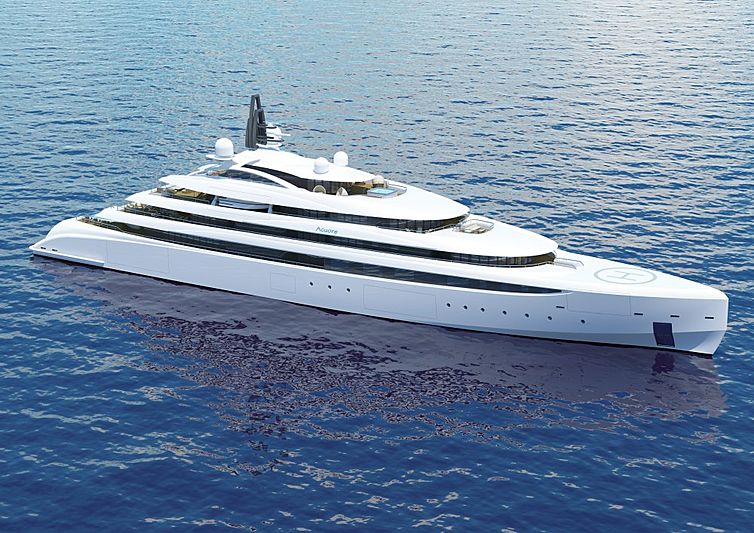 Superyacht of the Week: the sleek 101m I Dynasty