Designer Andy Waugh has revealed his latest superyacht concept to SYT. Named Epiphany, she measures 130 metres in length and features a host of unique aspects. Amongst which is the bridge, situated on the upper deck providing commanding views. Aft of the bridge and main central lobby is an owner's library and balcony overlooking a double height lounge on the owner’s deck below. 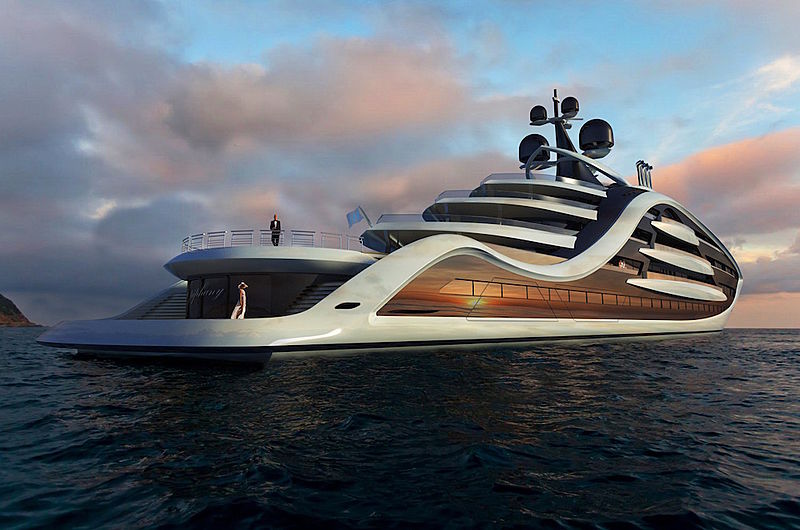 The owner’s deck is particularly extensive, with a stateroom featuring impressive ceiling heights as well as skylights creating an incredibly spacious and light area. A private foredeck with seating areas and a Jacuzzi as well as an owner’s private cinema aft and an imposing office with space adjacent for personal assistants or staff members to work in when visiting on business.

Below the owner’s deck is a unique VIP deck housing four huge VIP cabins each with private balconies. Other features on this deck include a cinema and gaming area in a full width VIP lounge as well as a fully equipped gym and spa. The main bar opens up onto the aft deck accommodating the formal al fresco dining area. 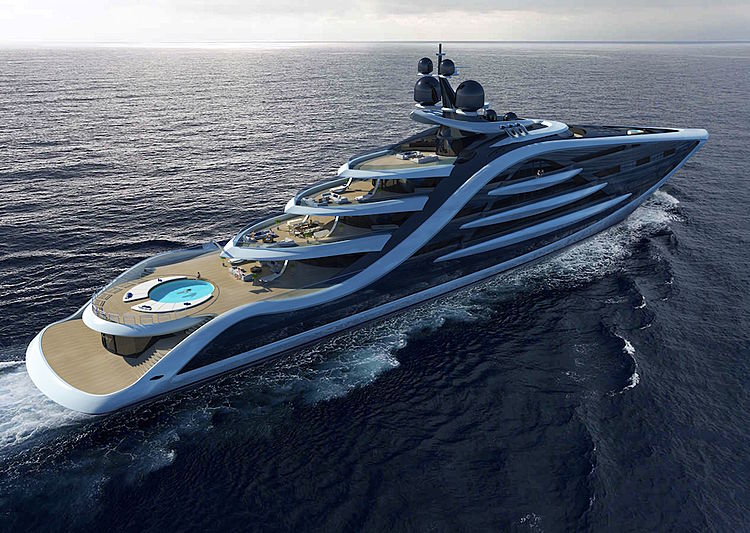 Despite the radical appearance of the yacht, the main deck is relatively conventional in layout with communal areas aft and guest cabins forward. Low bulwarks along the entire deck and full height glass are utilised to give an enhanced sense of openness and space. The aft deck hosts the main swimming pool and sun lounging area which converts into a helipad when needed. In total there are two additional VIP cabins on this deck along with a further eight guest cabins. 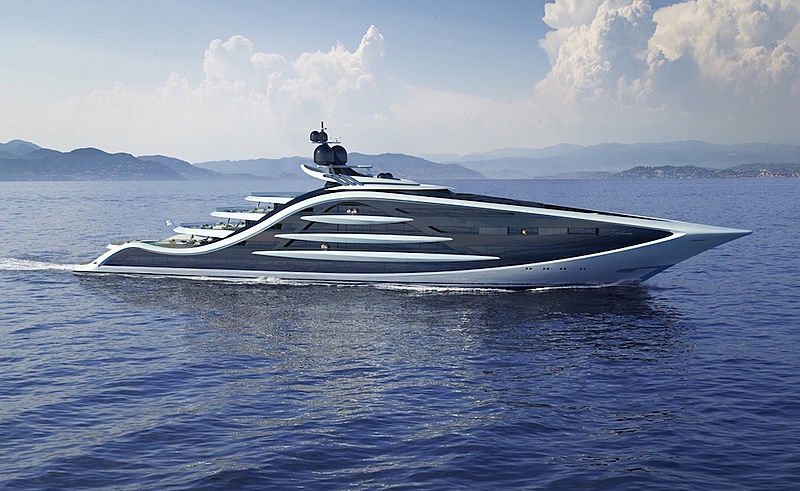 A beach club and tender stowage are on the lower deck along with a cinema, dive room and crew accommodation towards the bow. The crew areas include a dedicated officer’s mess and security office along with cabins for around forty crew and staff. 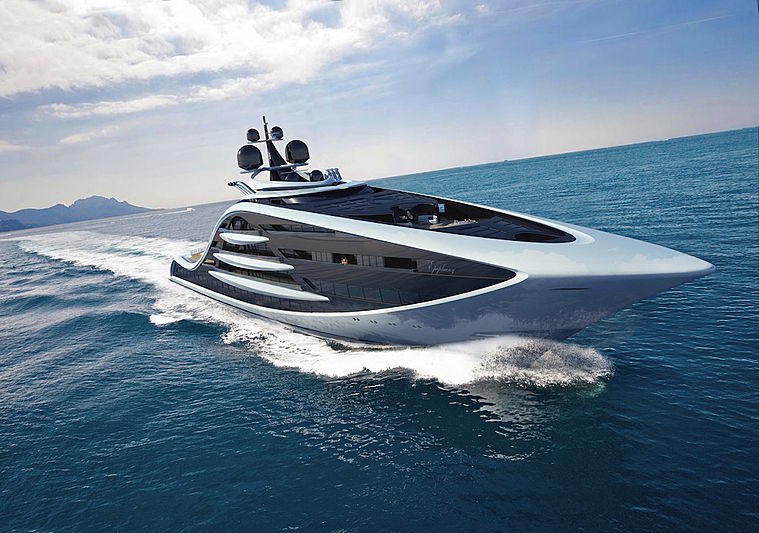 Waugh comments on the design, stating, “Epiphany stands out from the crowd not only because of its unique and distinctive aesthetic but also because of the layout which limits crew areas to the very upper and lower decks. This allows a great deal of freedom to optimise the guest accommodation which in many ways is uncomplicated and in some areas conventional.”