It's the Princess destined to break the superyacht mould, but first it had to be released from its own mould.

The hull section for the new 35M has been successfully released from its layup stage within the Princess South Yard Superyacht Facility in Plymouth, Devon. 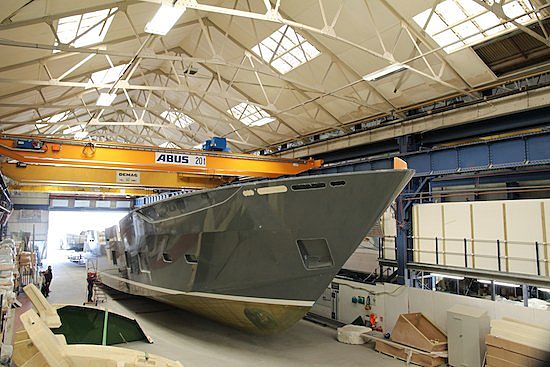 The hull, finished in Princess Steel Grey, slipped from its mould and was moved using a special low-loader shipped in from Italy to its new home a matter of yards away. 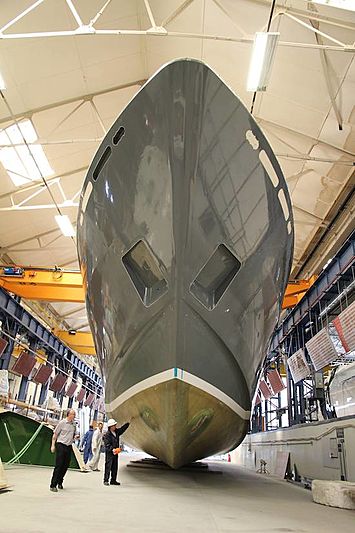 Now the fit out stage of the 35M's build process will begin in earnest with the TRAC stabiliser system, twin MTU V16 2637hp engines and general engineering work already underway. Once completed the main deck sections will be added and the 35M's full majesty will be realised.

Princess Yachts International's M Class Director, Richard Lambert said; "It was an incredibly proud moment for Princess Yachts as the first 35M hull was released from the mould which was the culmination of a tremendous amount of hard work from a dedicated and skilled team. The 35M represents a leap forward in raised pilot house design and she will be a dominant player in this important and dynamic market segment."