At the recent Palm Beach International Boat Show, Danish Yachts unveiled the ingenious 40 metre Quadradeck. Designed by Cor D Rover with an interior by Patrick Knowles, this new superyacht is specially aimed at the American market and will be promoted by the company’s agent in the USA, Bradford Marine.

Apart from the deck-count the range can be distinguished externally by a dramatic ‘patented’ winged Sky Terrace - conceived by Dutch yacht designer, Cor D Rover. The top-deck incorporates symmetrical folding (wing) sections to port and starboard that when laid horizontally increase deck real estate by 40%. Yet Cor’s adept use of space does not stop there. 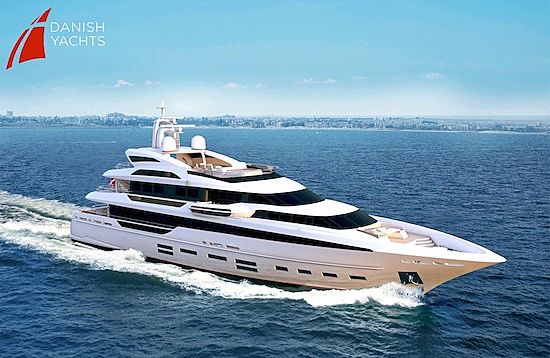 The Quadradeck range features a cleverly integrated ‘hidden upper-deck’ that separates the bridge and captain’s quarters from the general accommodations. The result affords the sort of room normally found on much larger yachts. More specifically, a 40 metre QuadraDeck offers an equivalent interior capacity to a conventional vessel of 50 metres. 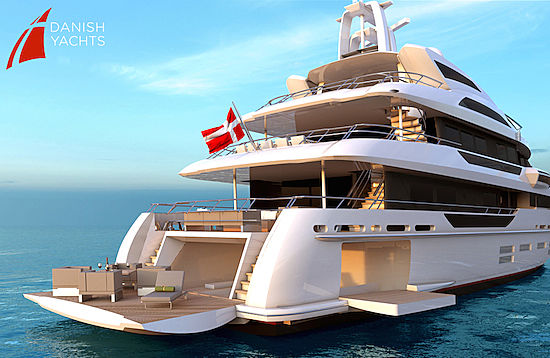 Cor D Rover reveals some of the method behind his game-changing designs.

“We ask a lot of questions. We ask people who love boats. But we also ask people who hate boats. We want to know why. Sometimes they love to be on the water but they hate the instability of a boat. Sometimes it's the impracticality. We hear what makes no sense to them. They say, “Why should I spend a couple of million dollars and have a shower that’s hardly big enough for my children?” 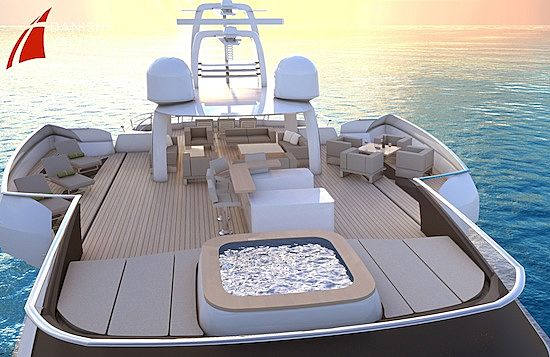 “The American yacht owner is a real yacht user. They get out there on the water for extended periods. Many spend weeks if not months living and travelling on their yachts. So their comfort is very much tied up in their confidence in their yacht’s capability and that of the team they can call on for support.” 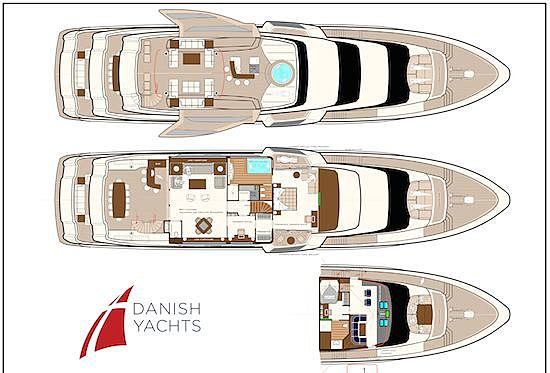 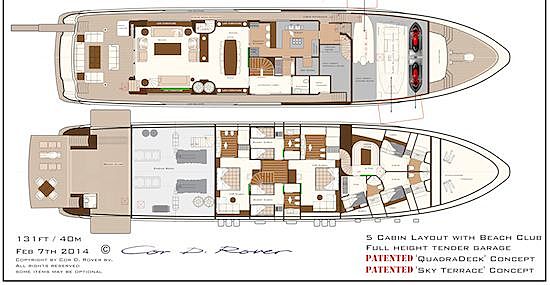 The final member of the QuadraTeam, yacht interior designer Patrick Knowles, offers his own point of view on winning the confidence of the Americas’ market.

“From an interior design perspective I believe success lays in finding a balance between the fashionable elements of the Scandinavian philosophy and satisfying the American perception of luxury. The Scandinavian philosophy equally includes embracing natural and pure elements such as sunlight or fabulous textures in wood. For instance there is a variety of golden blonde wood that magically magnifies the brightness of reflected sunlight.“