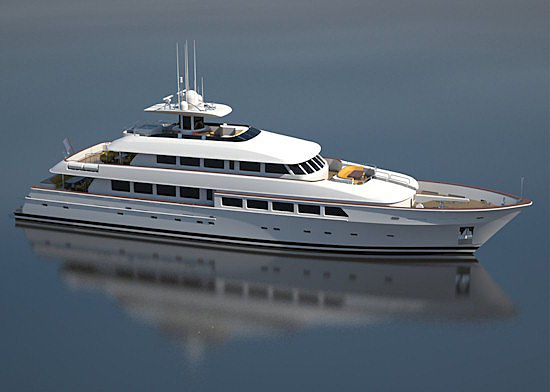 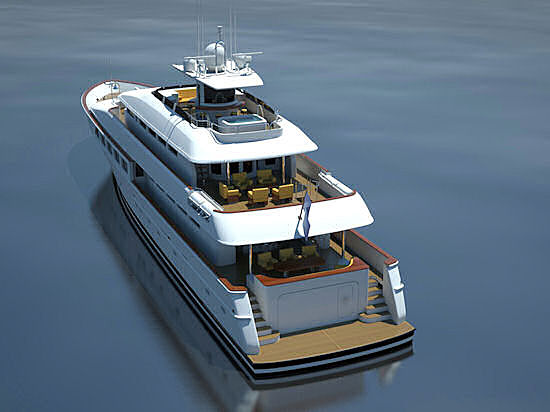 The newest design to come from his office is a 43 meter (141') tri-deck motoryacht with contemporary looks that respect the sea and will stand the test of time. Her tastefully proportioned exterior surrounds a five-stateroom owner's party and crew accommodations for seven. Careful attention has been paid to the circulation of crew to maximize their efficiency and minimize interference with onboard guests. 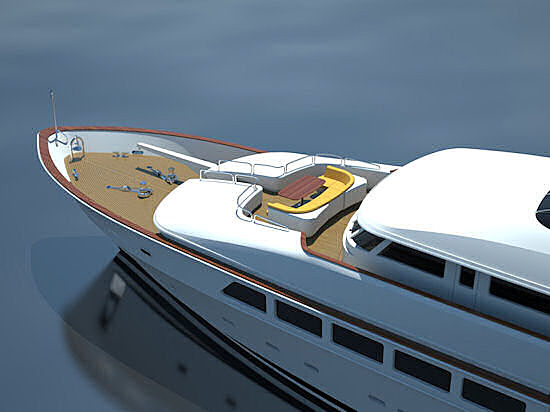 BPYD is currently developing a 23-meter motor yacht for a Canadian client and a contemporary 14-meter center console dayboat.