Following the success of the 2014 Riva 122’ Mythos, which was the largest vessel the renowned Italian shipyard had produced at the time, Riva has announced a new 50 metre superyacht project. The announcement made at the Monaco Yacht Show revealed a fully custom line in steel, starting off with the 50 metre project and to be followed by a second 68 metre yacht. The line is set to develop further over the next few years to include a range of crafts up to 100 metres in length. 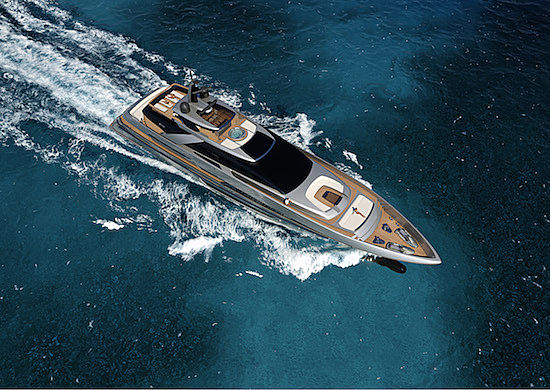 The new superyacht will be a displacement yacht with 4 decks, with luxurious accommodation for up to twelve guests, as well as 9 crew. Special attention has been given to ensure guest areas are spacious and devoted to relaxation and entertainment, and the interiors will be fully customisable by the owners.

The large, exclusive outdoor dinette at the bow is located just before a garage fitting the second tender and the technical area with two jet skis. The large aft areas on the decks are well suited to al fresco dining and relaxation. The cockpit on the main deck will include a lounge area with fixed sofas facing each other, while the upper deck may be furnished with a large dining table. 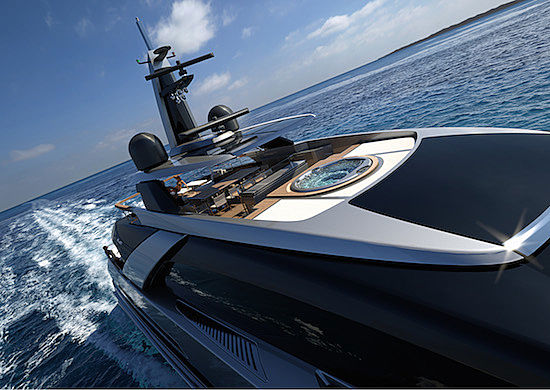 The sun deck will feature freestanding seats plus a Jacuzzi with sun pads and loungers arranged around it at the bow. The aft area on the lower deck is a particularly notable feature, with a real beach club, a cocktail bar and an indoor living room that can be further extended outside, both towards the stern - thanks to the collapsible door turning into a swimming platform - and to starboard, thanks to a second optional door converting into a terrace at the sea level. 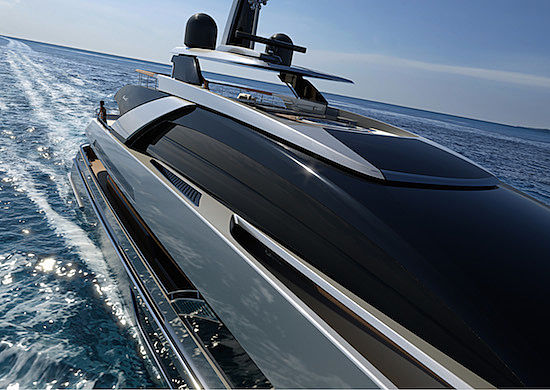 Alberto Galassi, Ferretti Group's CEO, Alberto Galassi, Ferretti Group's CEO,comments, “Just over three months ago we celebrated the debut of the 122’ Mythos, the flagship of the brand and Riva's first yacht to be entirely built using a light alloy. Today is another extraordinary day, because Carlo Riva's idea to build large yachts is finally turning into reality. Riva is ready to step into this market segment as a leader. Thanks to the support of our shareholders, who are truly in love with this brand, and thanks to the efforts of the numerous teams involved in this project, we will be able to offer owners magnificent works of art cruising the seas, characterized by Riva's unmistakable style. From now on, everybody will immediately recognize a Riva creation not only when looking at an Iseo, an 86’ Domino or a 122’ Mythos, but also when admiring one of these new yachts-to be."