Feadship has released more information about the 83.50-metre Sea Foam metallic green superyacht that was launched on Sunday. The yacht, Savannah, is the first eco-friendly motoryacht, that blends a single diesel engine, three gensets, batteries, propeller, and azimuting pioneering electro-mechanical propulsion platform. This combination offers fuel savings of thirty per cent. Savannah’ exterior has been created in partnership between CG Design and Feadship 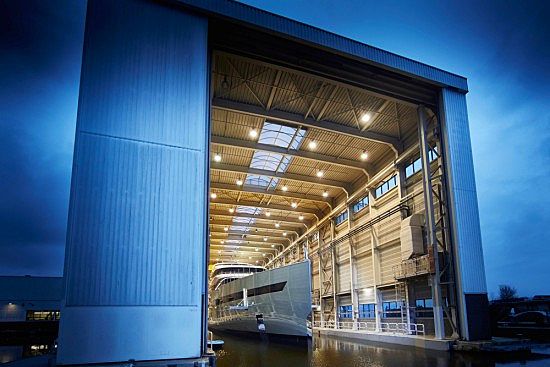 Savannah has a dynamic hull shape with a very fine entry, and uses just one efficient medium-speed Wärtsilä main engine instead of two higher-rev diesel motors, a single central propeller shaft installation on the centreline and three gensets. 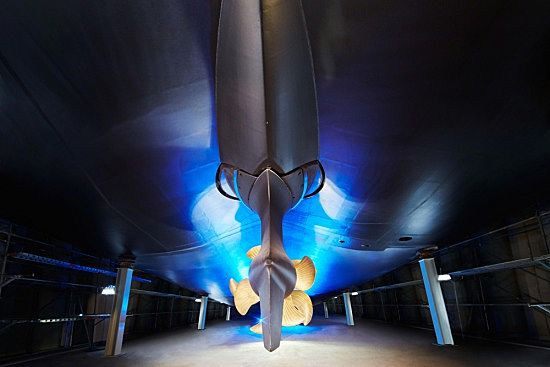 Redundancy is ensured by fitting a large contra-rotating and azimuthing sternthruster just aft of the main propeller. The design of the aft ship allows for a propeller that is forty per cent larger than the norm. Combined with the power supplied by the thruster, the load on the propeller is only half that of a conventional twin screw yacht.

“It is not the individual technologies used on Savannah that are new in the yachting world – it is the way they have been combined,” comments the owner’s project manager, Ted McCumber. “Feadship has leveraged on all the options available in the marine industry today to bring this hugely innovative system to completion”.

“The possibility to choose between diesel, diesel-electric or fully electric is truly exceptional. Moreover, Savannah is the first yacht in the world to be running with an azipull and a variable pitch propeller. Only Feadship engineering and the rich experience of this yard could have successfully concluded a project of such scope and vision,” McCumber continues. 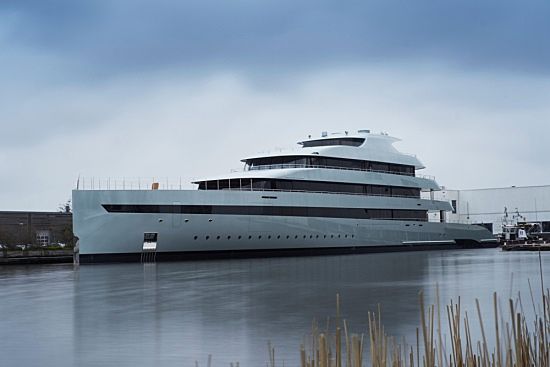 Savannah’s aft owner- and main deck areas have been designed as single giant open inside/outside spaces, enclosed by weathertight sliding doors. “The owner of Savannah loves to be at one with the water,” explains McCumber. “This phenomenal design allows him to run from the main salon and dive straight into the sea.”

Another spectacular feature on board Savannah, is her ‘underwater lounge’ at port side where guests can watch the fish outside through huge extra strong windows, or turn around and observe the fun and games in the nine-metre swimming pool. 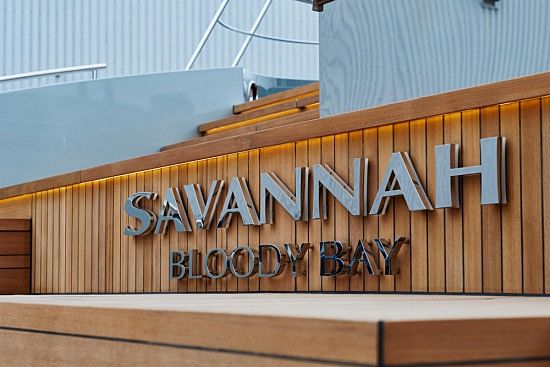 “Savannah is a yacht full of premiers,” emphasises Feadship director Henk de Vries. “As the first ever hybrid superyacht, she offers incredible flexibility in operations and loading of the power plant. The result is fuel savings of some thirty per cent compared to the best boats that we have launched to date".

“The way in which one gigantic propeller has been installed in front with another electrically powered prop in its slipstream has also never been applied on a yacht. A similar system has been used on board passenger ships in Japan, but that is an ‘industrial’ solution, without the attention to comfort required on a Feadship. To achieve this on a superyacht entailed an exceptional degree of cooperation with Wärtsilä and all the other equipment manufacturers”.

“Another major innovation is the batteries, which were suggested by the owner. These provide extra speed at the top end, allow proper loading of the generators at any speed and facilitate super-quiet cruising at slow speeds without any engines turning. We have installed Li-ion batteries with no less than one million Watts”.

“More than a thousand people have been involved with the creation of Savannah since the contract was signed at the end of 2011. And the tremendous final result once again shows how Feadship is never afraid to venture into uncharted waters.”

Savannah will be made available on an exclusive basis for occasional chartering through Feadship Charter.