Just ten days after the official launch of the 61 metre Benetti Diamonds Are Forver (FB253) at the Livorno facility, Benetti have launched another superyacht, the Classic 121’ FF1 from their Viareggio facility. 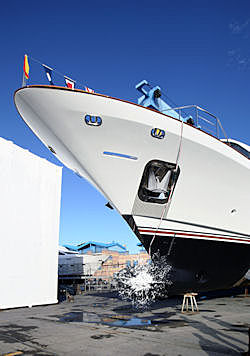 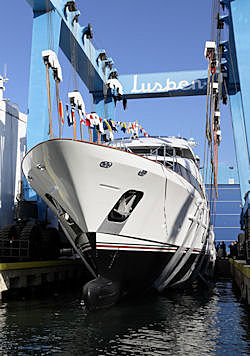 The Benetti Classic range of superyachts has been highly popular over the last 10 years and most recently the Classic 121’ series were redesigned to feature an extended upper deck, as seen on FF1 and her sisterships launched earlier this year.

Superyacht FF1, hull number BC127, has a five-cabin lay-out with the master suite on the main deck and two double and two twin cabins on the lower deck.

The interior features subtle variations between oak and leather for the furniture, accompanied by bar and galley tops in grey Silestone Amazon Leather with dominant brown tones and Leonardo stone for the bathrooms. 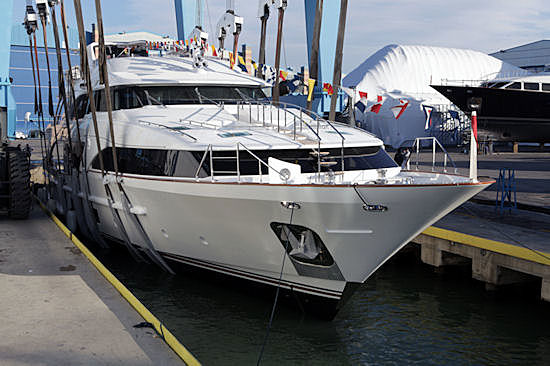