The 30.5 metre Ocean King explorer yacht currently under construction at the yard’s new facility has been sold, reports Ocean Independence. The yacht is expected to be delivered some time this year.

The Ocean King 100 has a unique layout, with all guest and owner accommodation found on the lower deck. The crew accommodation is found forward on the main deck. According to Daniel Dwyer of Ocean Independence, it was the yacht’s rugged exterior and tough steel hull that made an impact on the client’s ultimate decision to purchase the yacht.

Another yacht is also under construction at the yard, the Ocean King 130 designed by Andrea Vallicelli. This yacht is also expected to be delivered in 2016. 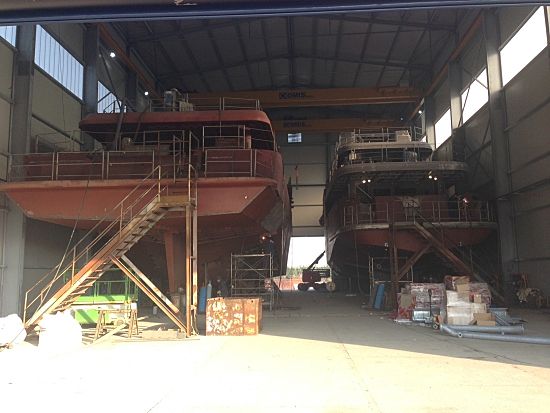