Sébastien Boutin, Captain of the recently sold 60-metre Benetti superyacht, Formosa, joins SuperYacht Times to discuss his experience at the Monaco Marine shipyard. Captain Boutin has been regularly attending Monaco Marine for many years now, and he has much to say about the promising future of the yachting industry. 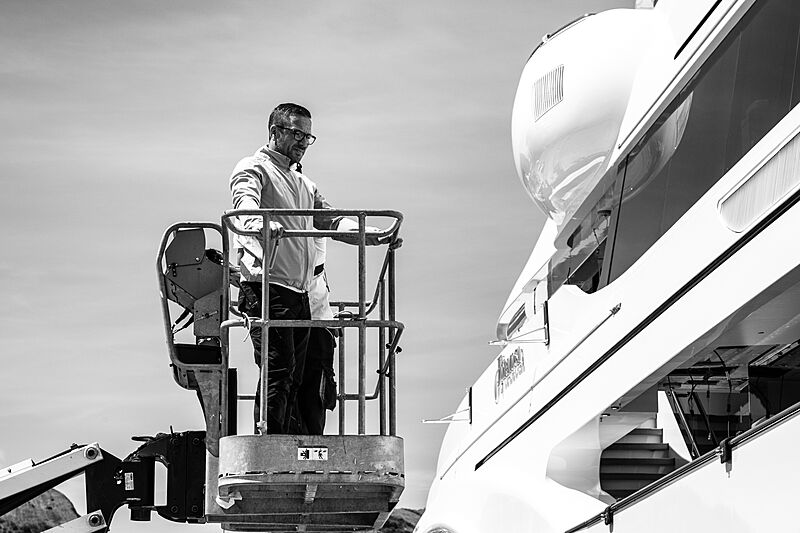 Sébastien, it’ll be great to hear about how you discovered the world of the sea, and how long you’ve served at the helm and acted as Captain. Can you tell us a little about this?

“I have been working in the yachting industry since 1997, however, I’ve known the industry much longer as I was born into the world of boats. I was barely three weeks old when I began accompanying my father on sailboats. His passion was infectious, which is why from an early age I have been crazy about the sea and boats.”

Before discovering the world of yachting, Sébastien undertook four years of study at the Merchant Marine School. Upon graduation, Sébastien didn’t plan on staying on land long. He very quickly took to the sea and served as First Mate on the 49-metre charter yacht, Netanya 7, now La Tania. He then took the same position on the larger, 58-metre Netanya 8 which he worked alongside Captain Jacques Conzales. Following his success with the two Privinivest vessels, he took Captaincy of the 49-metre, New Zealand built, Sensation at the young age of 27.

Sébastien then took interest in the building of the 60-metre Benetti superyacht, Formosa, and followed her construction closely before taking charge of the vessel. Together, they’ve sailed around the world several times since her delivery in 2015. She’s sailed to the Caribbean, Maldives, Thailand, Fiji, Polynesia, Hawaii, Mexico, and California. She has even sailed to British Columbia, Alaska, and Japan. Sébastien is always delighted to return to the Mediterranean though, particularly to La Ciotat and the Monaco Marine shipyard, where he feels most "at home". 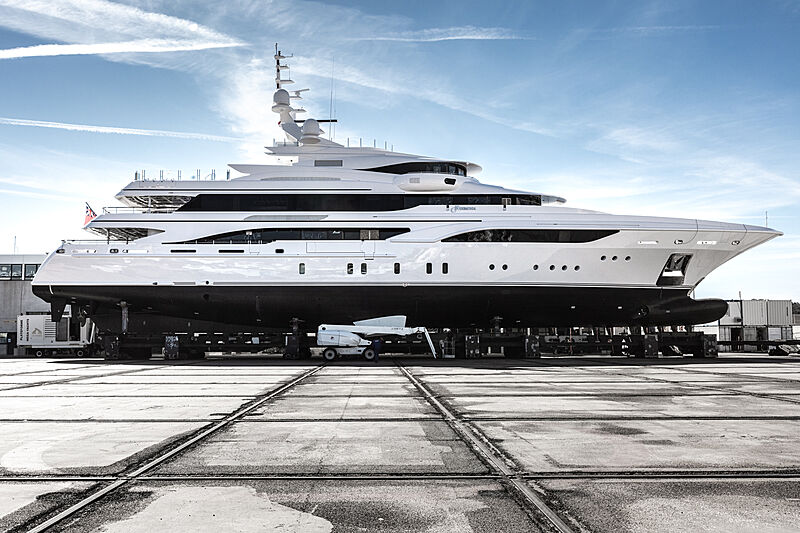 How did you first discover the Monaco Marine shipyard at La Ciotat?

“I got to know Monaco Marine early on, that is when I was sailing Netanya 8. We had been polluted by a load of metals, which contaminated all the paint on the yacht. There were two potential sites for doing the work: MB92 in Barcelona and Monaco Marine La Ciotat. I wanted to go to La Ciotat at all costs and that's what happened. And since then, I have become a regular at the shipyard. At the time, we were the second boat to have been lifted into La Ciotat."

During his years frequenting La Ciotat, Sébastien could observe all the developments that were taking place at the shipyard. Notably though, when Sébastien first berthed Netanya 8, La Ciotat shipyard was not as efficient as it is today. It was just beginning its trajectory of becoming as prestigious as it’s known to be now. 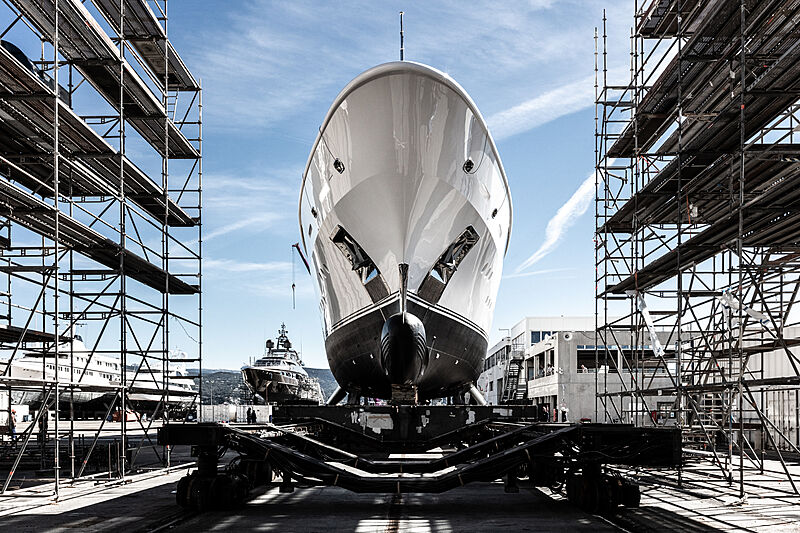 What is it about La Ciotat that gives it such an appeal?

“The location is a major factor, as the Mediterranean will soon become the best in the world for yacht maintenance. I have to say, I’m proud to have contributed to the development of the site. Not only is it creating jobs in the industry and the region, but it is also becoming a big point of interest for the residents of the area.”

“We have a bright future in yachting and La Ciotat is making this possible. There are currently many larger yachts under construction in Europe, so the shipyard has a very promising future. There isn’t even a single delivery slot available until 2025! Going by the work going on here, we can expect some very good years to come in the industry." 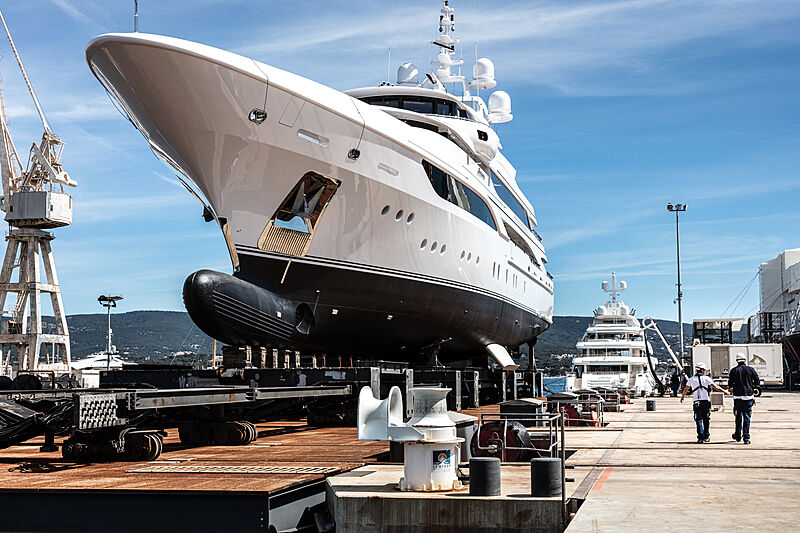 What makes you want to come back to Monaco Marine?

“First of all, because of how safe the shipyard and the city are. With everything nearby, I can be reassured that my crew will always be okay when out and about and travelling to and from their accommodation. La Ciotat also has a great on-site infrastructure, with a gym, nice crew areas and plenty of activities to get involved in. La Ciotat is definitely the place to be.”

“Monaco Marine is also my home and I know everyone there. I am always treated well, and I can trust that the work will be done well and on time. This is paramount, especially for yachts like Formosa which are out to sea a lot. Whenever I need work done, it is obvious to me that it will be done at the Monaco Marine. Hence why when Formosa turned five, and was up for sale, her repainting project was to be trusted to the shipyard.” 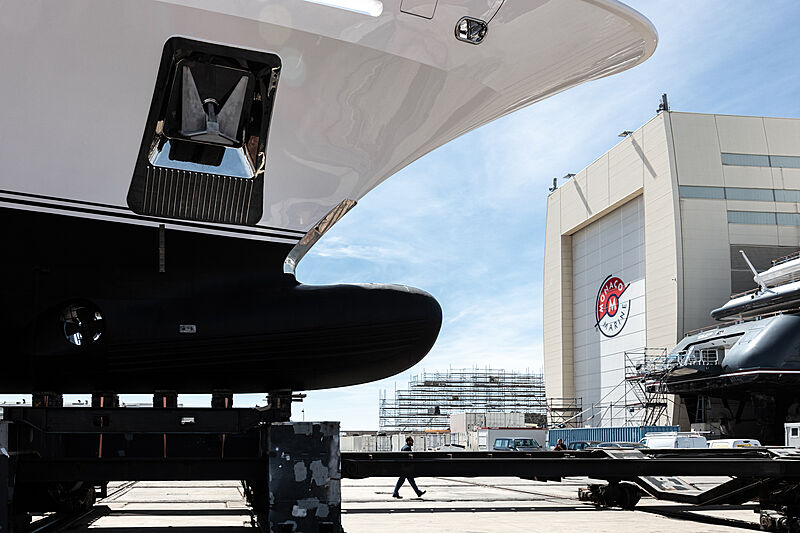 Can you tell us a little more about this paint project and the recent sale of Formosa?

“Formosa was first launched in 2015 and then went up for sale in 2020. To ensure she was immaculate and in keeping with the new owner’s expectations, we decided it best to repaint her. It was an important selling point. Following this decision, we began receiving serious offers from other customers under the care of Jan Jaap Minnema from Fraser Yachts.”

“Monaco Marine met our deadlines and in just seventeen weeks the painting was done. She looked state-of-the-art; it was a huge achievement. There was really no question of doing this work overseas. We have toured the world with Formosa and visited plenty of shipyards brimming with expertise. There aren’t many that also provide the same calibre of infrastructure as La Ciotat, or who can meet demands as they can.” 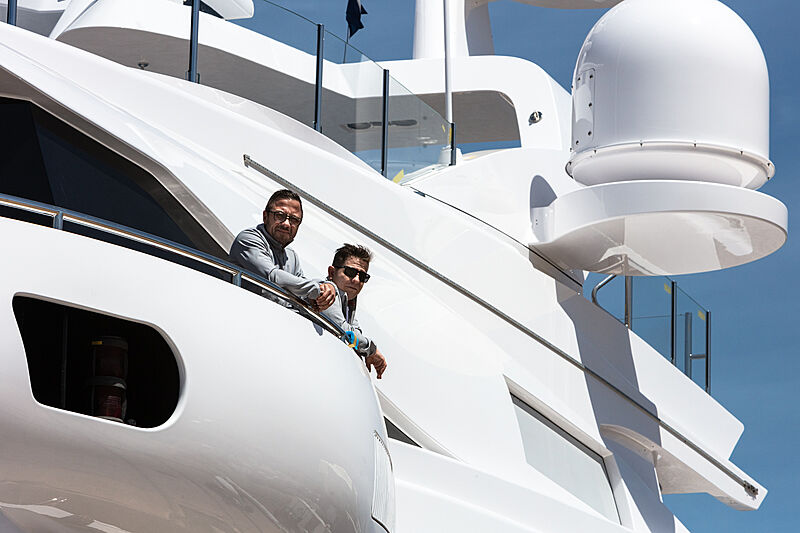 Where can we find you and Formosa now?

“I had Formosa berthed in La Ciotat last August to do some technical work. Despite the fact that it was a holiday period, every effort was made to ensure that we could set off on time for Mexico. I asked for the work to be finished on September 2nd, giving a week-long buffer before our departure. But it wasn’t necessary because, as asked, she was ready for a crossing the day I asked for.” 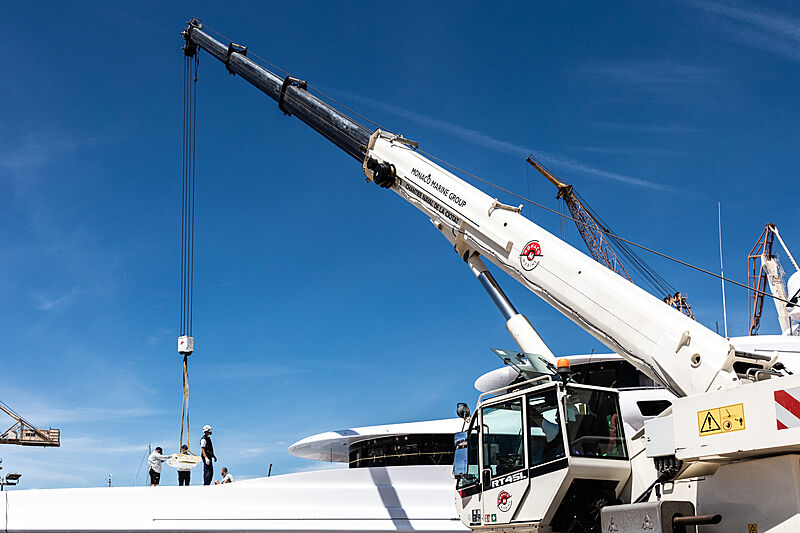 To find out how the team at Monaco Marine can assist you with any of your new-build and refit needs, get in touch with the team now at:

How Monaco Marine completed 350 projects in time for summer