This spring has been an especially productive season for the award-winning design team at Setzer Yacht Architects. Drawing inspiration from a busy Caribbean charter season observed from its newly opened studio in Antigua, the 22-year old firm has been developing designs at a breakneck pace since winter. In addition to multiple design commissions and a refit project, the team now has a collection of two dozen new concept designs taking shape from 32 to 70 meters. Highlights from the collection will be released over the coming months. 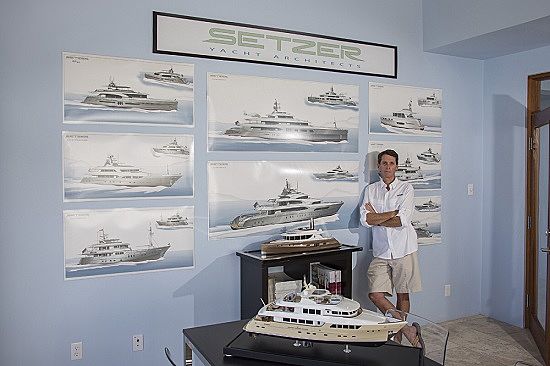 "We now have more new designs under development than at any other time in our history," says President and CEO Ward Setzer. "The Caribbean charter season has been a highly creative design sabbatical for us." One key to the success of the effort was the steady ebb and flow of superyachts anchoring just off the studio's front doorstep: "Anytime we found ourselves getting stuck, we could recharge with a quick lap around the docks, or a sail around the harbor" says Setzer.

The next step for the Setzer team will be to narrow the new concept portfolio to a final collection of 12 to 14 designs. "We'll be focusing on four market niches in particular," says Joshua Setzer, Marketing Director. "Based on research we've conducted and feedback we've gathered in interviews with numerous owners, captains, and crew members throughout the Caribbean, we've identified these four groups as holding strong trend potential for 2014 and beyond." 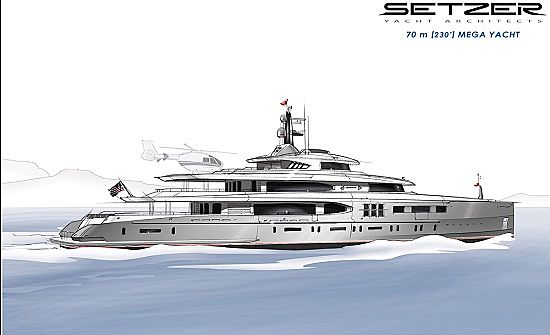 Details on the four groups have not been released at this time, but Setzer says the collection will begin with a focus on "New American Motoryachts," a category in which the team hopes to radically re-interpret vintage American design forms from the early tri-deck, raised-pilothouse, and classic commuter eras. "The goal for this group will be to nod heavily toward the leading-edge of global superyacht aesthetics, but to also remain firmly grounded in an American yachting and maritime history. Its a vision for a new era of American custom yacht design."