The Board of Directors of Ferretti Group, a leading manufacturer of high performance luxury motor yachts encompassing the brands Ferretti Yachts, Pershing, Itama, Bertram, Riva, Apreamare, Mochi Craft, Custom Line and CRN, headed by its Chairman and founder Noberto Ferretti, has today announced the appointment of Vincenzo Cannatelli as Chief Executive Officer of the Group. 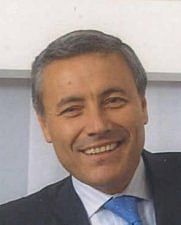 Vincenzo Cannatelli began his career at the Stet Group, before joining Elsag (part of Finmeccanica Group) in 1987. During the nineties he worked in the United States as Chief Executive Officer of Elsag Bailey Process Automation, a company listed on the New York Stock Exchange, until its sale to ABB Group in 1999. Following this he joined Enel Group, where he first filled the position of CEO of the Genco companies, then became CEO of Enel Distribuzione, and finally took the chair of Chief Operating Officer of the Divisions Infrastructures, Networks and Market.

Cannatelli has a Degree in Mechanic Engineering and the Specialisation in Finance and Business Administration from the Università di Roma and the Luigi Bocconi University.

Commenting on his appointment, Norberto Ferretti, Chairman, stated:
"Vincenzo Cannatelli has a consolidated experience and success running major international groups. His industry expertise will be hugely beneficial as we will continue growing our brands, both in traditional sector territories such as Europe and the US, and also in emerging markets”.

Vincenzo Cannatelli said:
“I am extremely excited to be joining Ferretti Group. The yachting market is sparkling, Italian companies are among the main players within this industry where Ferretti is a leader. An industry that still offers great opportunities for growth and consolidation”.