CRN started the construction of two new yachts. The first blocks of the two new steel hulls have been assembled in the shipyard. The first is project 125, an 58 metre megayacht, which was brought in position just a few weeks before project 128, a 60 metre ship. 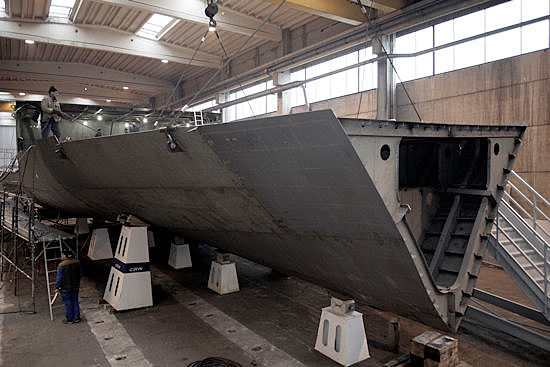 The design of the CRN #125, whose owner is Italian, features a number of innovative elements. While the new 60 metre vessel, which is being built for a Middle East client, is based on the same nautical platform as the 54 metre yacht Ability. The stern area is lengthened and with a modified bow whose shape is more dashing and streamlined. Other distinctive features of the vessel will be the bathing area at the stern, outfitted as a “beach club”, and the balcony of the owner’s suite, built as a platform hanging out over the sea.