Formula Yacht Spars has announced the recent appointment of experienced designer, Simon Eatwell. Joining the company as Design Engineering Manager, Simon will head up Formula’s design function from its Lymington headquarters and will lead the company’s designers and engineers based around the world. 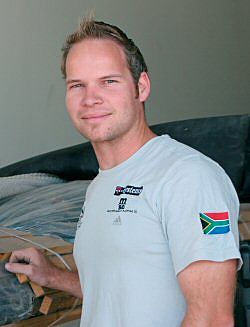 Simon has invaluable experience in design and engineering having worked for Sparcraft/Southern Spars in Cape Town for six years as the company’s head designer and lead designer on all custom projects. This was followed by a year working for the South African America’s Cup Team, Team Shosholoza, where he ran and maintained the rig programme.

“I am delighted to join Formula at such an exciting time,” says Simon Eatwell. “I am looking forward to bringing some fresh ideas to the design department and working with the international design teams over the coming months on some great design projects, including a number of the IMOCA 60 boats and various superyacht rig designs.”

A keen yachtsman, Simon’s previous designs include Skip Novak’s Pelagic ii; the 05-06 Clipper round the world fleet; and the new generation Farr 40’ rigs. Simon is currently working on the Artemis II IMOCA 60.