In August 2012 motor yacht Star Fish was well underway in her construction phase and nearing completion in certain areas when a fire at the McMullen & Wing shipyard caused damage to the yacht and halted all construction proceedings. 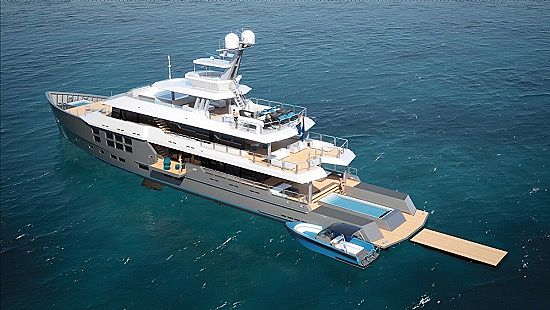 Intense surveys and the extraction of all affected areas including the interior and superstructure followed, resulting in the project being approved for completion as a brand new superyacht for a new owner. Since then, the Auckland-based yacht builders has been exploring new and exciting design possibilities, as the remaining steel hull presents an ideal platform for a fresh start. Now, under the name Big Star, McMullen & Wing has released new design material which underlines the customisable nature of the project. Together with the project's original designer and naval architect Gregory C Marshall as well as involving young and new design talents, a series of unique concepts and layouts are available for clients to choose from. 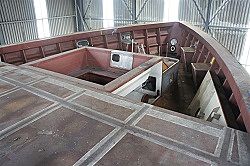 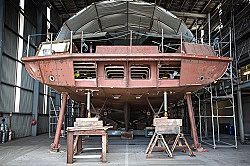 Among these, a luxury expedition vessel-design by Marshall which draws on the best and most popular features of the highly successful Big Fish, which was launched by the yard in 2010, and includes a large crew compliment and an abundance of storage space. Another concept by the yard's own in-house design team features a similar Big Fish-like exterior as the first, but focuses on a more traditional charter layout with the owner's cabin forward on the main deck and a spacious sky-lounge on the bridge deck. 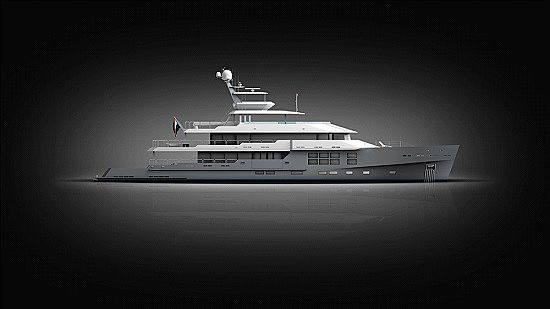 In addition to the selection of these diverse concepts McMullen & Wing encourages clients to view Big Star as the 'blank canvas' that she is, and to create a custom yacht suited to their personal taste and intended use. 'We are highlighting the opportunity for a fresh start, to complete the yacht to a new design with a new specification tailored directly to the feedback from buyers,' says McMullen & Wing's Commercial Manager, Michael Eaglen. 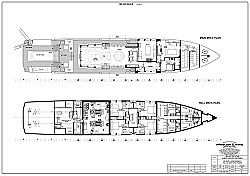 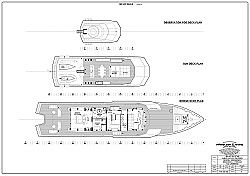 With a nearly completed engine room, virtually unaffected by the fire, and millions of dollars worth of equipment and fittings which was safely kept in separate storage, Big Star's new owner will certainly benefit from the reduced two year period in which the project will be able to be completed. Add to this the exceptional build quality and innovation McMullen & Wing has come to be known for, and the value of the project further increases. Burgess has recently been appointed as central agent.