For the fifth year in succession, Feadship and its in-house design team at De Voogt Naval Architects has marked the opening of the Monaco Yacht Show by revealing a stunning new Feadship Future Concept. This year’s entry into the record books of forward thinking innovation is called Breathe, and is in certain aspects the most radical to date. Taking the science of biomimicry as a starting point, the design imitates some of nature's finest ideas in superyacht form for the very first time.

Biomimicry studies the best creations in nature then copies and processes the designs in order to tackle human challenges. Feadship has taken this approach to heart in many ways with Breathe. Examples include the natural ventilation and cooling, the ultra-efficient wedgelike hull shape with a slender bow and wave damping aft body, the use of exterior paint that reduces resistance, the way the stabilizer blades generate more lift, the deployment of solar cells based on natural materials, and the application of light tubes for daylight. 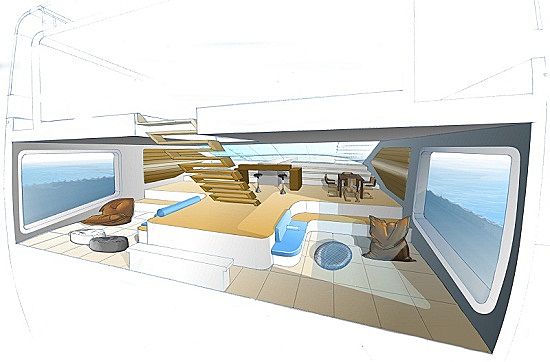 The 2009 'Future Feadship' Aeon proved that a motoryacht with a minimal effect on the environment is possible. Breathe goes further by showing how sustainable development can also reduce costs. With its intelligent propulsion concept with minimal components and reduced energy consumption for both propulsion and hotel loads, Breathe demonstrates that eco-consciousness and economic benefits can easily go hand in hand. Studies show that this combination is a vital aspect in encouraging yacht owners to go ‘green’. 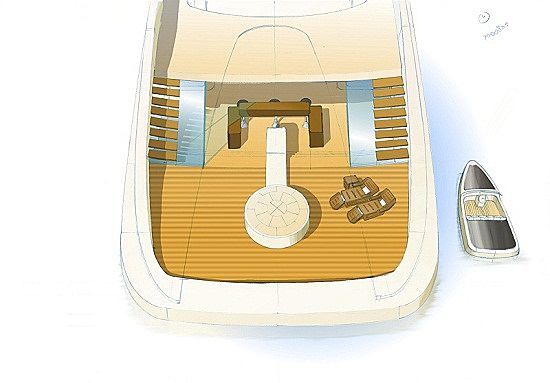 The early sketches of Breathe were based on the simple and repetitive shapes found in nature. Her designers specifically sought a look that radiates unity and peace while dispensing with unnecessary elements. The glass shells on Breathe serve as an animal skin to protect the yacht and her guests against the weather. They regulate temperature, absorb sunlight, and offer the transparency required to stay in contact with the surroundings. 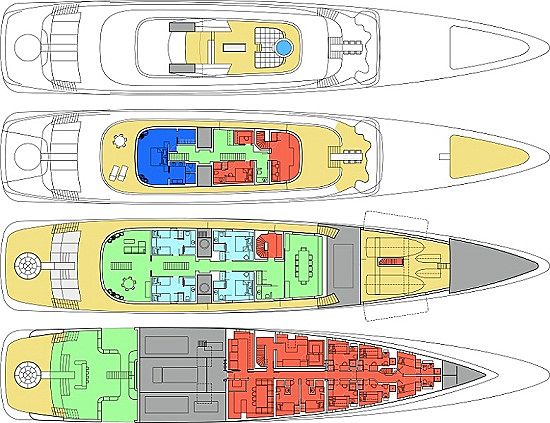 The name Breathe refers to the natural ventilation on board, which take the black and white stripes of a zebra as a reference point. These stripes create variations in air temperature just above the surface of the skin, which in turn creates an air current and natural cooling system that surrounds zebras as they swelter on the savannah. On Breathe the light hull and dark shells and funnels create a natural flow of air on the outside decks. This generates a comfortable al fresco climate and reduces the use of air conditioning. 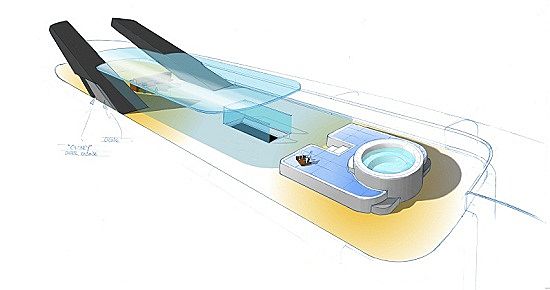 Just like animals use their fur as insulation, Breathe uses the air between the shells as an insulation layer between the warm surrounding air and cool climate inside. And just like in nature, many functions are combined. The shells have an additional role as solar cells to capture and use the energy of the sun. They also offer protection against sun, rain and wind.

The propulsion system on Breathe is characterised by simplicity and a minimum of components. In contrast to the two main engines and propeller shaft installations found on conventional yachts, Breathe requires only one of each. And while yachts usually have three generators as standard, Breathe only requires two. At the same time the concept guarantees a higher level of reliability and a better engine load.