Home > News > In Pictures: New renderings of the Sunseeker 100 Yacht

British yacht builders Sunseeker have released new renders of their motor yacht, the Sunseeker 100 Yacht, which was first announced in January 2020. The 29.89-metre motor yacht series features interior and exterior design from her builder, Sunseeker, and has a GRP hull and superstructure, with a 125 GT interior volume. 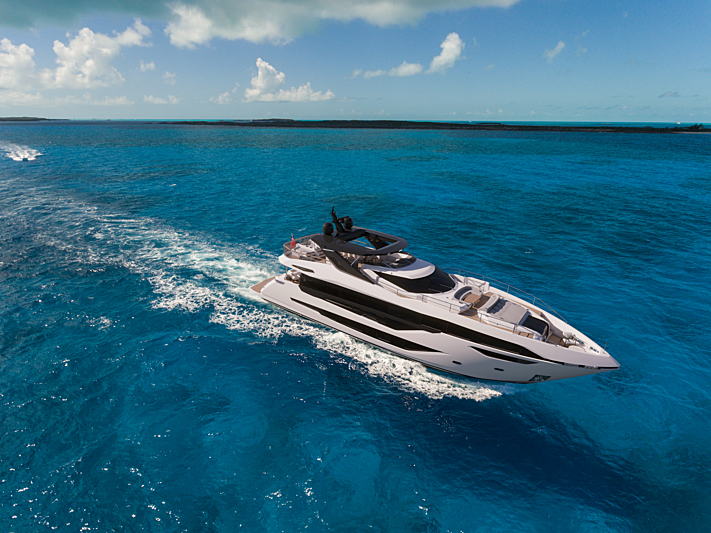 The Sunseeker 100 Yacht cruises at 24 knots and reaches a top speed of 27 knots. She can accommodate as many as 10 guests, taken care of by a crew of five. Her five staterooms have en suite bathrooms and the master stateroom is full-beam and located on the main deck, with a private foredeck terrace, a walk-in wardrobe, an office and a lobby area. The additional four double staterooms are located on the lower deck. Crew are accommodated to the fore, and their three cabins are also en suite. 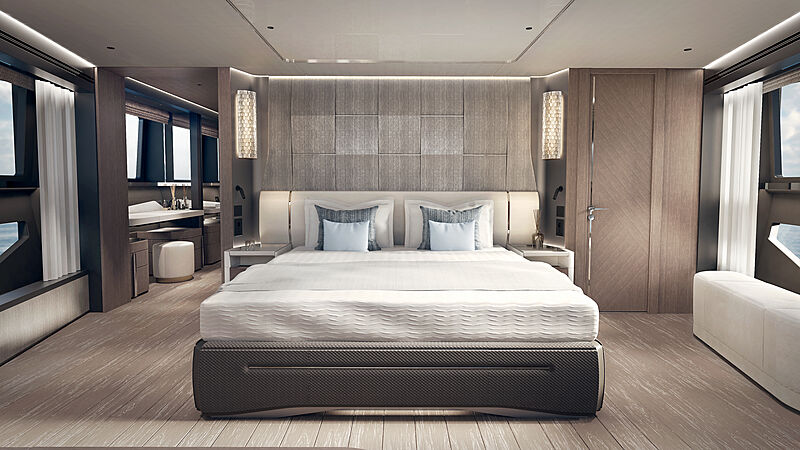 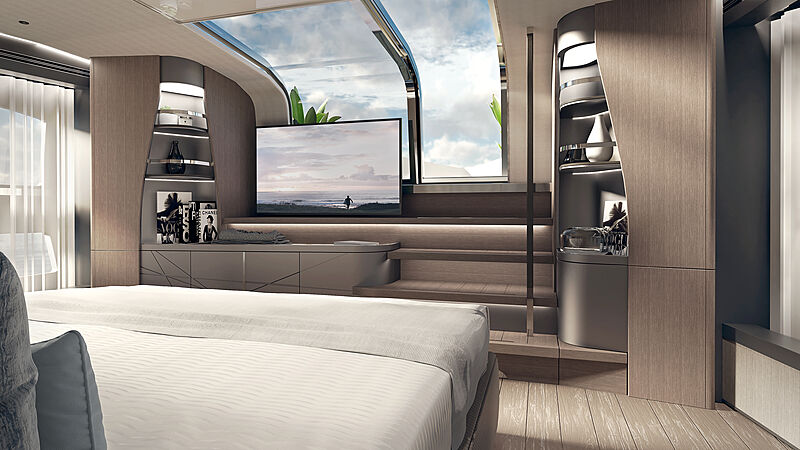 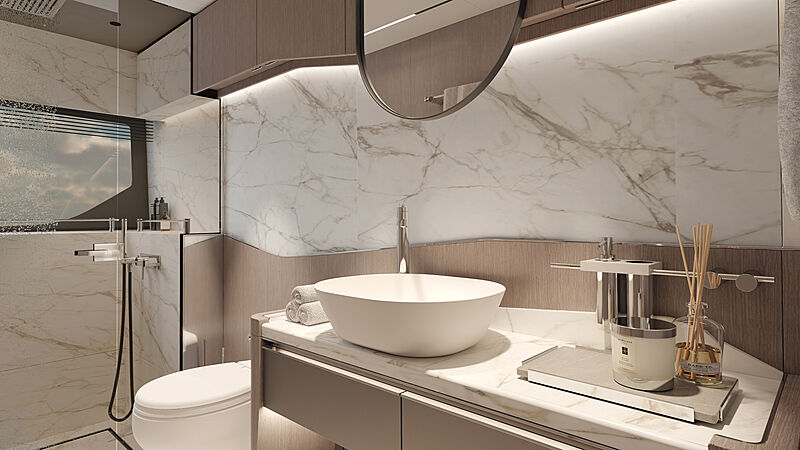 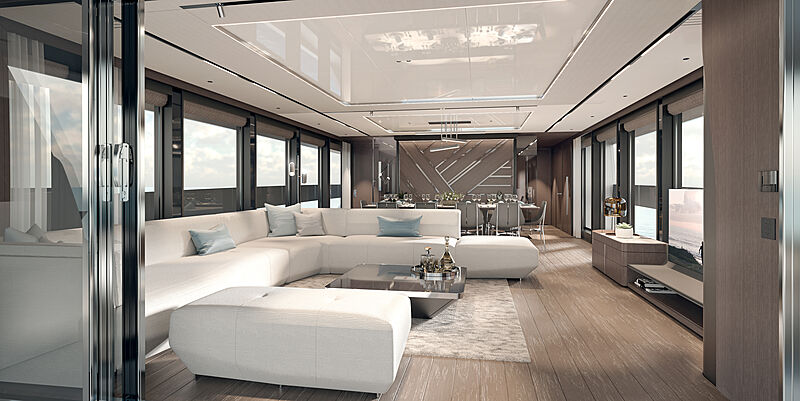 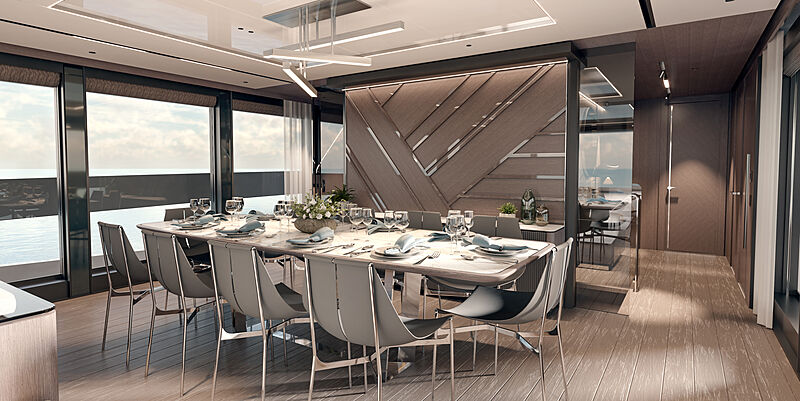 The Sunseeker100 Yacht's also feature a raised pilothouse and a new hardtop design. 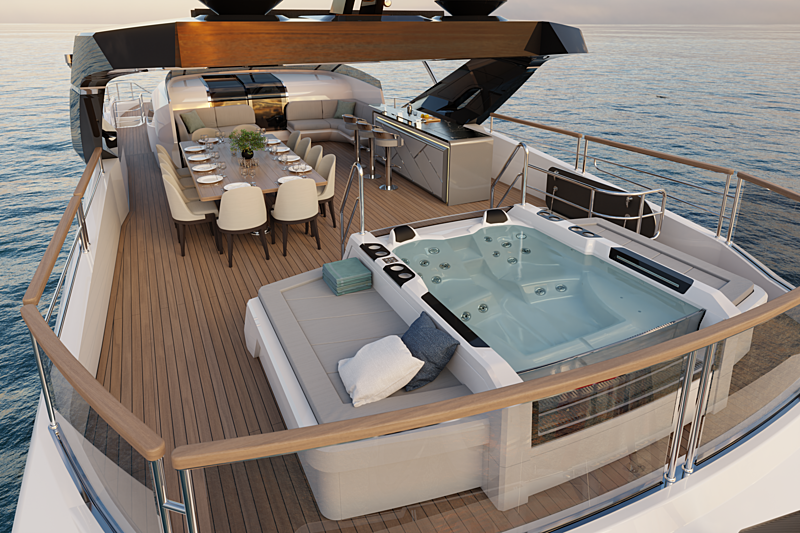 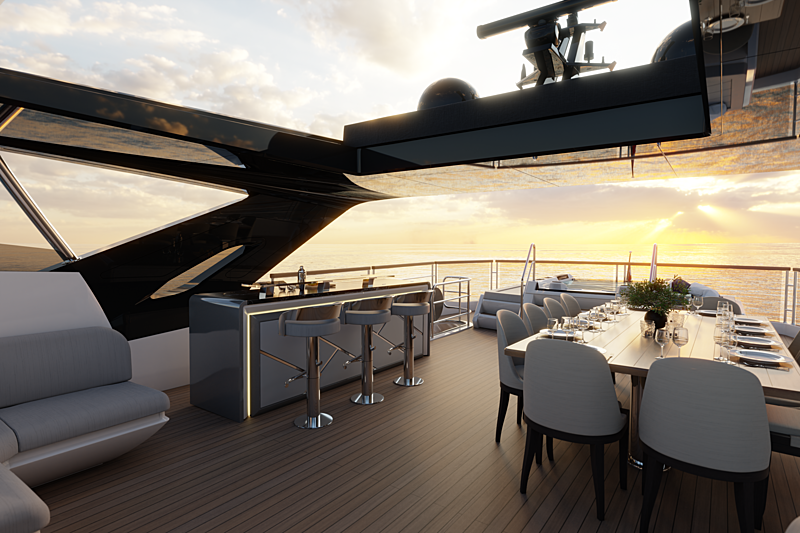 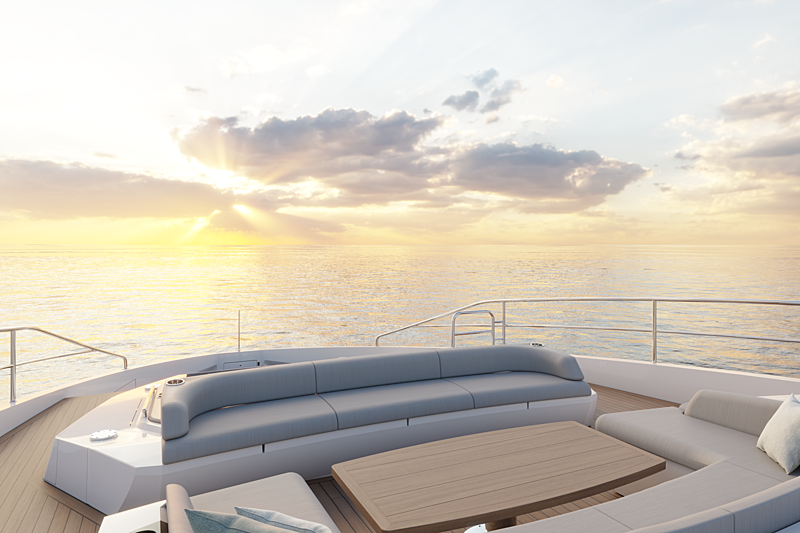 To her stern, the Sunseeker 100 Yacht range has a tender garage which can be transformed into a beach club when the yacht is at anchor. The first hull of the series has already been sold, and has an expected delivery date of 2022. 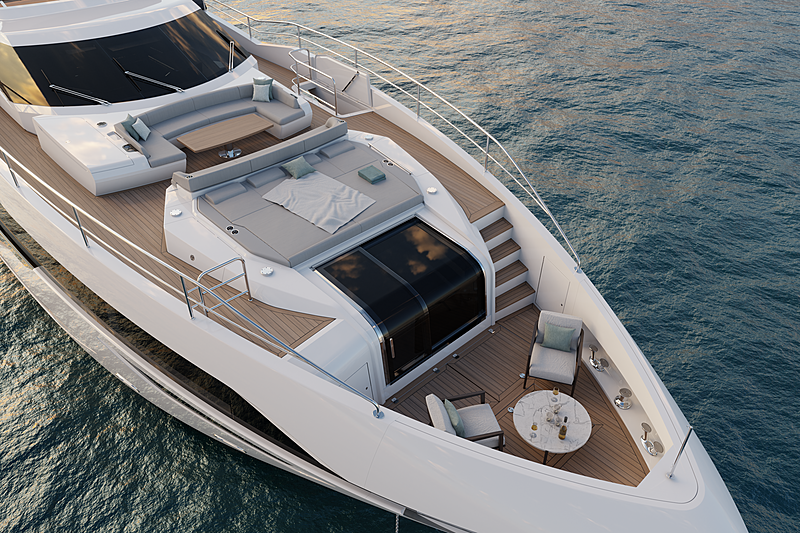 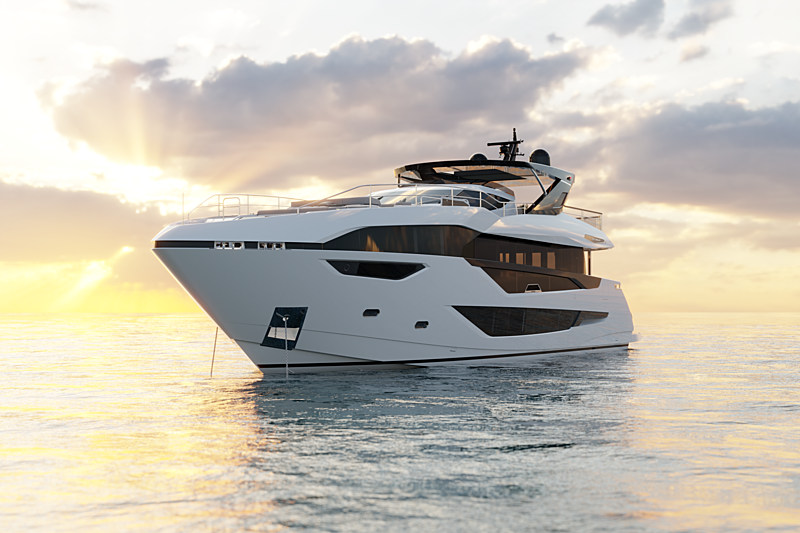