After a lengthy refit period inside the sheds of the Abeking & Rasmussen shipyard in Germany, the 73.6-metre (measurement before refit) motor yacht Ilona is back on the water this month sporting several cosmetic and structural changes. The 2004 Amels-built superyacht is now cruising Mediterranean waters again with a brand new forward helicopter landing deck and grand open swim platform at her stern. 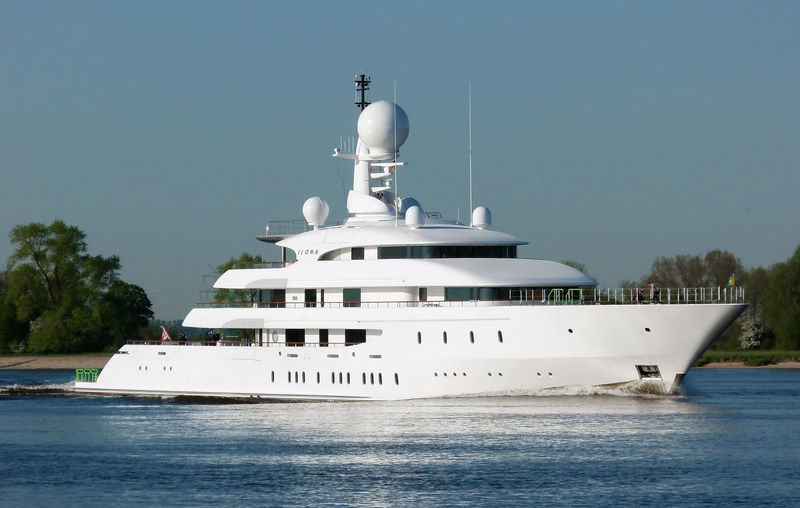 Ilona has undergone radical cosmetic changes since her launch, the most noteworthy of which, up till now, was the relocation of her original helicopter landing pad on the main deck aft, which is now located above the bridge deck with the main deck aft now featuring a 10-metre swimming pool. 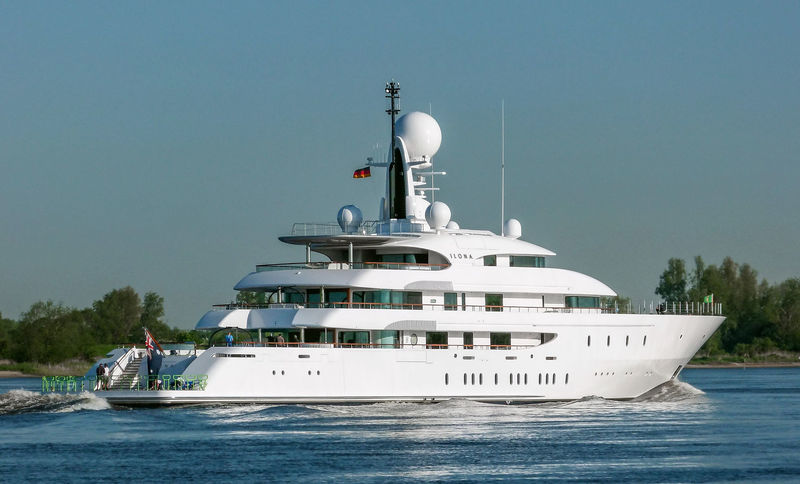 This latest refit saw the RWD-designed yacht’s forward hull area raised to form a new sheer line now with a flush foredeck area. RWD was also responsible for the refit design of the yacht, at the specific request of the owner. This new configuration also makes Ilona one of the smallest superyachts in the fleet with two helicopter pads after Feadship’s 66-metre Vanish. 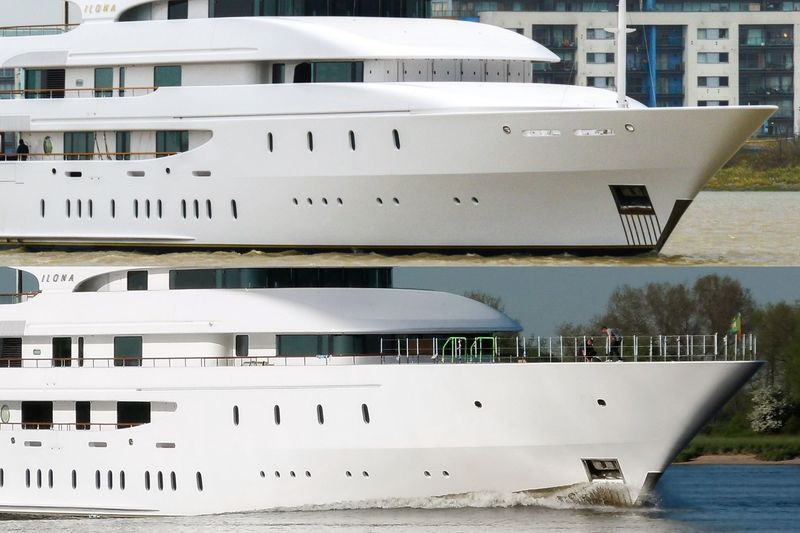 Work also included the complete alteration of the yacht’s stern area. Once featuring a distinctive RWD closed transom, Ilona now has been lengthened with large and open swim platform that is connected to the main deck via two grand staircases. 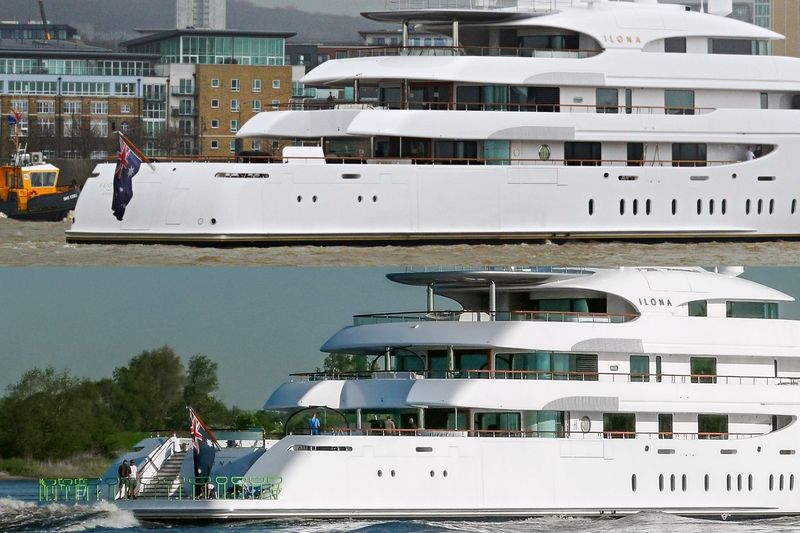 The work mentioned above has added up to a new overall length measuring 82 metres.