First introduced in 2014 as a design concept by the Italian builder Tankoa, the shipyard has now released a new, refined version of this 80-metre design project that is said to be nearing development completion. 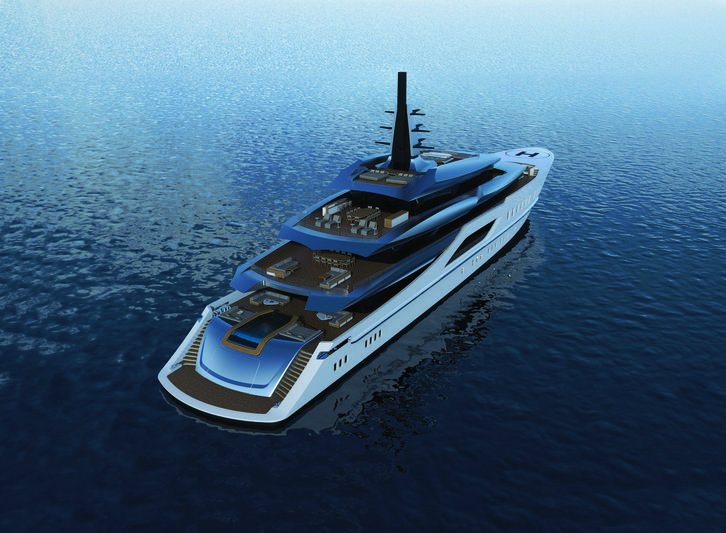 Photo: Tankoa YachtsBased on the same 80-metre technical platform as before, Tankoa has been working closely with designer Francesco Paszkowksi on a more contemporary and balanced profile that suits the brand’s current market outlook. Still covering five guest decks with an open sundeck area, the S801 will boast an internal volume of approximately 2,500 GT thanks to a 13.5-metre-wide beam. 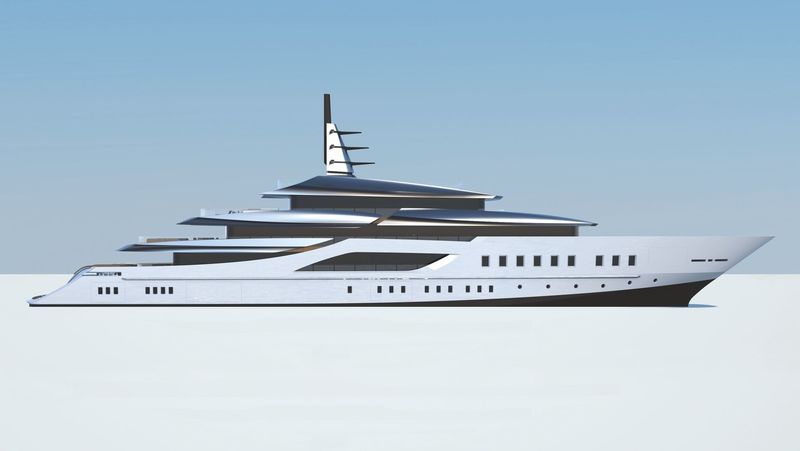 Photo: Tankoa YachtsInside, the layout has been developed for five VIP cabin setup along with a grand master suite for a total of 12 guests. Tankoa states that internal development, as with all of their projects, is subject to change according to each individual client’s lifestyle.

“From the early stages of the project, the plan was to introduce a different approach to the market,” says Michel Karsenti, Tankoa Sales Director. “In recent times we’ve seen a number of yacht designs that followed popular trends, only to look obsolete after just a couple of years. This project is very different. Our aim is to create something radically new based on the elegant design language of a classic sailing ship.”

Paszkowksi found inspiration by studying the famous Italian tall ship, the Amerigo Vespucci. For this project he divided each deck, which are designed to appear as floating clouds, by using large areas of glass and black aluminium structures to create this effect. S801 is designed to be built on a strong steel hull and lightweight aluminium structure.

Two additional projects are taking shape in Genoa where the 70-metre S701 is nearing completion ahead of her Monaco Yacht Show debut later this year, as well as the 50-metre Elettra project; Tankoa’s first hybrid superyacht scheduled for a 2019 delivery.