The Italian shipyard, Overmarine has announced the sale of another order for the American market: a maxi open of their Mangusta 110 series. 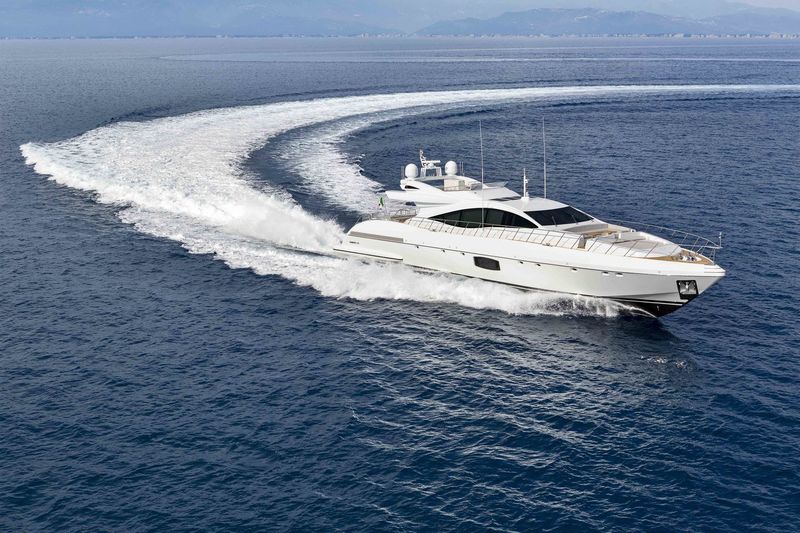 “In 5 years we have sold 8 vessels to the US, of which 6 beyond 100 feet,” said Francesco Frediani,
Mangusta's Commercial Director. “This success demonstrates that American clients are familiar
with and appreciate Mangusta maxi open yachts, acknowledging their aesthetics, functionality and
technical quality”.

This unit is the third one of the series and will feature a typical American layout, with its configuration focused on functionality. The interiors will be designed and built according to the owner's needs, with a style of 'retro chic' expected on the finished vessel.

Mangusta 110 features sporty lines and comfortable open spaces, with an emphasis on ease of handling and
manoeuvring, thanks to its Rolls-Royce Kamewa joystick. In addition, she also features dynamic positioning, which ensures that the vessel remains in a specific GPS position, without the influence
of tide, wind and flow.

Powered by MTU 16V2000 M96L engines, the Mangusta 110 will reach a top speed of over 33 knots, with its shallow draft making it suitable for America's shallow waters.

The vessel is expected to be delivered in summer 2018.