The 54-metre Admiral superyacht Sea Force One has been sold to an Asian client, with the Hong Kong-based Central Yacht Ltd representing both the buyer and the seller in the deal. 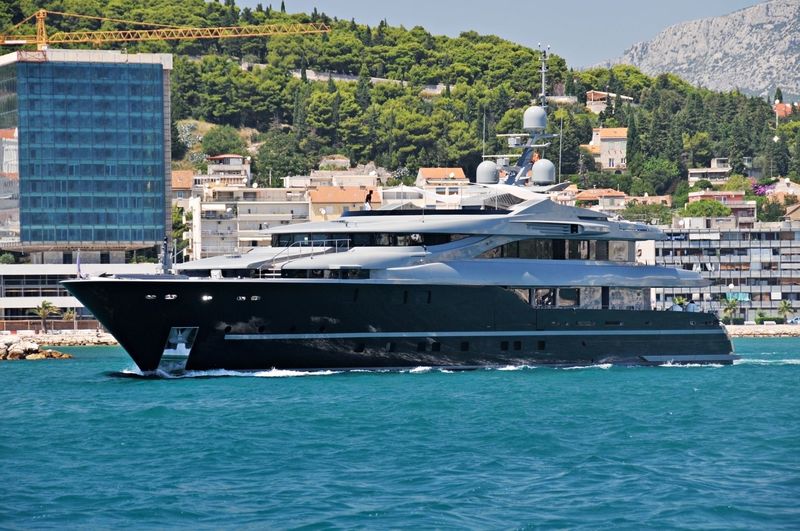 Photo: Benoit DonneSea Force One was built with a steel hull and aluminium superstructure in 2008 by the shipyard then known as Admiral Mariotti in Genoa; a joint venture between CNL and Mariotti.

The 54-metre motor yacht was designed by Luca Dini and is characterised by a distinctive deep black hull and silver grey superstructure finishes. Inside, she accommodates 10 passengers across five cabins and up to 12 crew members.

The owner's suite and the four guest cabins feature distinctively different decor, providing residents with varying experiences as they pass from one area to another. On board, a mixture of curved and rigid lines surround a state of the art LED lighting and music system. She also features ultra-soft fabrics, leather floors and Barrisol ceilings and an impressive sun deck. For nighttime entertainment, she comes complete with a fully fledged home cinema and a disco bar.

Central Yacht is now coordinating a full cosmetic refit at Admiral shipyard’s refit facility NCA in Marina di Carrara before the yacht is delivered to Singapore.

This is the first brokerage sale for the Hong Kong-based design and management company founded by Captain Paul Brackley in 2010. Central Yacht has already been responsible for the interior design of other Asian superyachts; the 56-metre Lady Candy, the 55.85-metre Genesis II, the 51.9-metre Jade 959, and has been closely involved with the management and operation of the 65-metre Ambrosia.

Superyacht Sea Force One at anchor

The eclectic Sea Force One