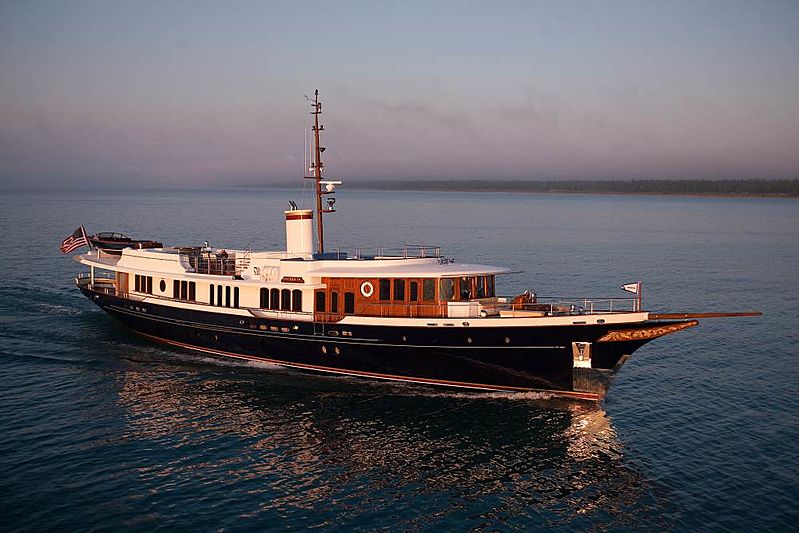 Built by Burger Boat, Sycara IV was delivered to her owners in 2009. Her exterior style dates back to the 1920s era which was delveoped by designer Ken Freivokh and naval architect Bruce King. The yacht’s owners and the Burger design team developed the interior layout which incorporates intricate, period-appropriate details.