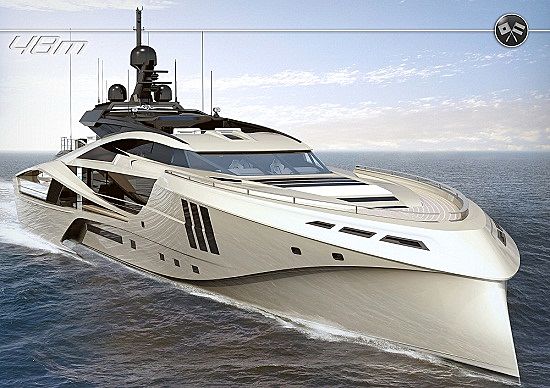 It sounds impossible for a yacht to be faster, yet more efficient, more stable and more spacious without compromising performance or comfort, but the yard came up with a slender main hull that increases efficiency with sponsons that have a positive effect on stability, roll dampening, speed and power. The result is a top speed of over 30 knots, yet with 50% less fuel consumption.

The new line of yachts feature wave piercing bows that reduce pitching, and will be 3 times more stable than a monohull. 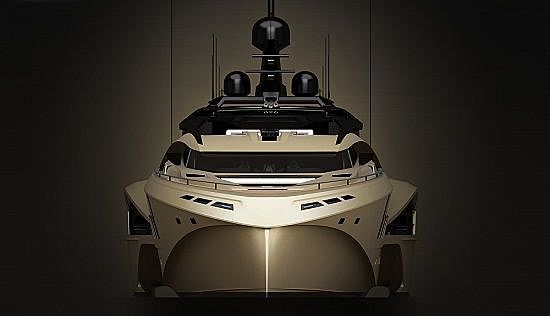 The first yacht to be built will have a top speed of 32 Knots, impressive efficiency at lower speeds and will be capable of crossing the Atlantic at a speed of 15 knots.