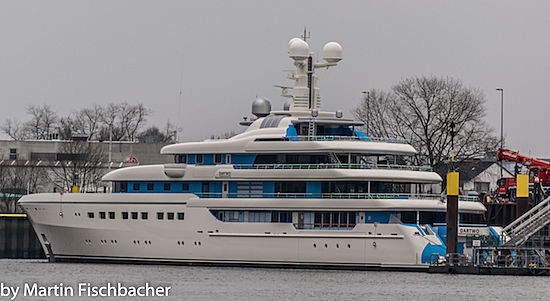 Dartwo is a sistership to the 81 metre Kibo which was launched in 2014, and is the largest yacht the shipyard have ever produced.

She has been constructed with a steel hull and aluminium superstructure, and has a gross tonnage of 2,300 GRT. Specific details about the yacht are still being kept private for the time being.