Regular contributor to our site, Martin Fischbacher has just sent us these new photos of the 125 metre Tatiana project, launched by Lürssen just before 3pm today. 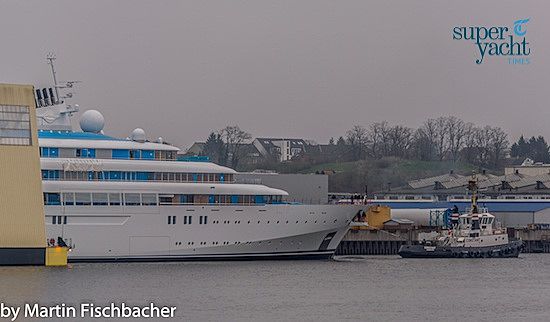 Tatiana measures 125 metres in length, has a gross tonnage of around 7,600. Although unconfirmed, from these photos it appears that there are wing stations just aft of the foredeck, indicating that her bridge is located on the lower of the three upper decks. It also appears that there could be a swimming pool aft on the same deck, as there is a cut-out on the deck above, in the same fashion as on Octopus. 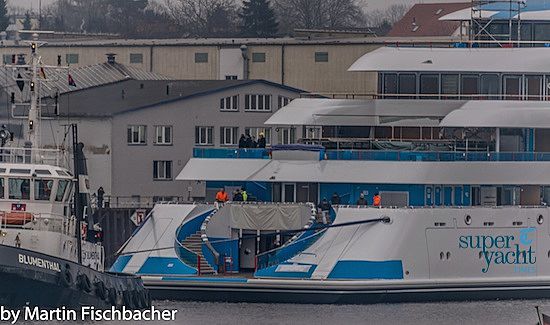 More launch photos in this article.