Version 9 of the Seatrack race tactical and navigational software includes some exceptional unique user function upgrades, and is due to launch just ahead of the London ExCel Boat Show in January 2009.

Once again pioneering new roads in marine navigation, the system now incorporates updates to the grib reader to display rainfall, providing a greater degree of accuracy to predict windshifts ahead of, behind and throughout a rainstorm.

The second major update is in the start display window and functionality. Changes to the boat’s location and the line bias changes are updated every second, with the bias displayed in either degrees or boat lengths. The system can even take into account different tidal speeds and angles at either end of start line. In addition, the mean and actual line bias is displayed, as well as a ‘freeze wind’ function if the line is crowded with other boats and broken air. This unfreezes as soon as the starting signal goes. 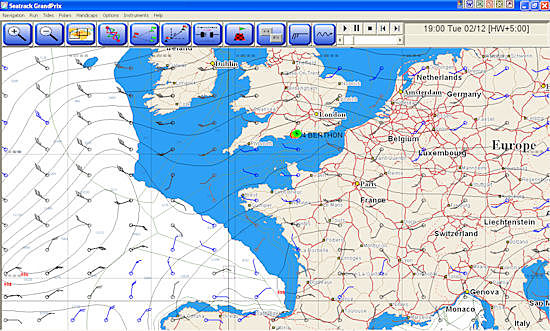 Once over the start line, the race tactical Seatrack system assists with the overall leg by leg strategy, by clearly displaying actual and future split tack or gybe times. Sail selection can then be made with the prior knowledge of accurate expected wind angles, true and apparent, with tidal flow also vectored into the calculation.

Analytical software in Version 9, the ‘Race Cutter’, provides the process to extract certain sections of either a leg, race or training session to evaluate actual performance and update the system performance model accurately. In this way, meaningful data can be collected and even be added into the boat’s Velocity Prediction Program (VPP) for future target speeds.

Another new feature is the tablet lock, which prevents the user from transferring screens unintentionally. 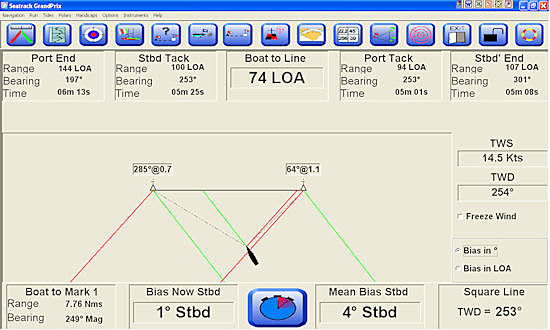 For further information on the latest Version 9 of Seatrack, the race tactical and navigational software, please visit http://www.seatrack.co.uk or visit the Greenham Regis stand N26J in the North Hall at London’s ExCel Boat Show from 9th – 18th January, when Seatrack experts will be on hand to provide technical advice and support.