Sunseeker the British builder of production yachts has added a second superyacht to its range having unveiled the all new 34 metre at the London Boat Show on January 11th. Sunseeker chose to employ vocalists Teatro to sing at the opening ceremony on board the company’s other new launch; the new 86 foot Sunseeker, after Take That, the multi-platinum selling boy band pulled out of the opening ceremony. 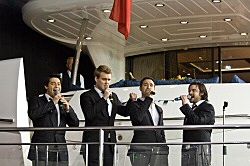 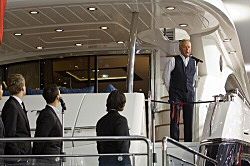 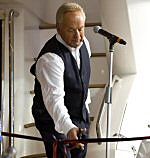 Company chairman Robert Braithwaite CBE, cut the ribbon on board the yacht and spoke of his pride at having two superyachts in one show lying side by side for the very first time. La Volpe was the first of the new 34 metre yachts and on the adjacent berth was Tickled Pink the third in the line of the 37 metre trideck yachts built to unrestricted classification, RINA Commercial and full MCA Compliance.

It was at this show in 2007 that The Snapper, the first of the then new, 37 metre yachts built for Formulae One racing supremo Eddy Jordan was unveiled and the company’s continued success was highlighted when the second M4 was shown in Fort Lauderdale and with a further six orders already taken. 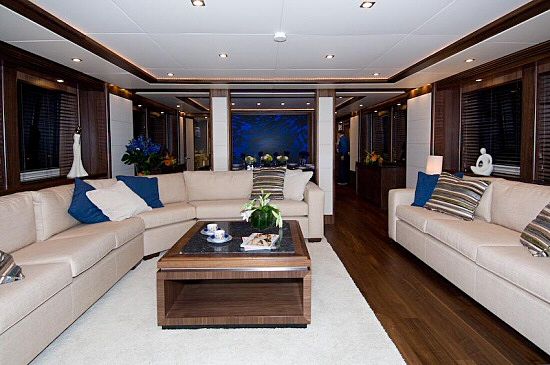 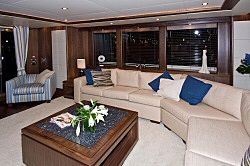 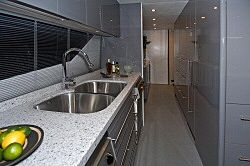 La Volpe provides luxurious accommodation for up to ten people, the open plan living areas include a large saloon and dining area adjacent to a fully equipped galley and servery which form a natural divide from the forward master stateroom, raised wheelhouse and crew quarters. 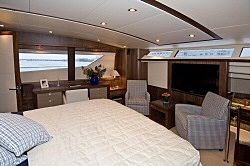 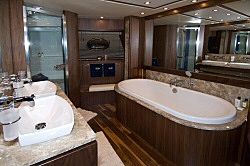 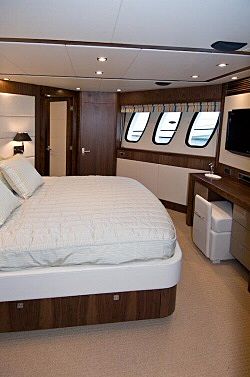 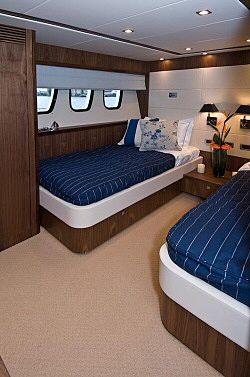 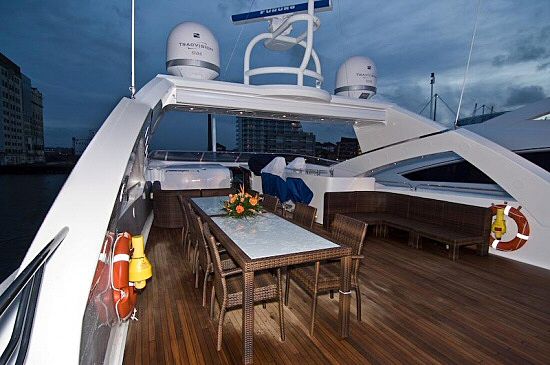 The fly bridge affords plenty of seating and sunbathing space with a fully equipped wet bar and the option of a large spa tub which has not been fitted to La Volpe, and the option of installing special free-standing furniture arrangement on the fly bridge deck again not being taken up. Depending on the owner’s requirement, the stern garage offers enough space for a tender which on this craft includes a 5.4 metre Novurania tender and two jet skis. A further option taken by the owners to enhance the visual appearance at night is the installation of underwater lights. 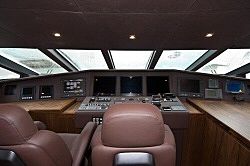 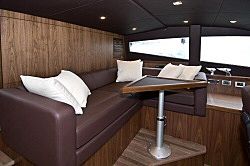 To achieve optimum performance, the 34 metre yacht is based on Sunseeker’s already proven deep ‘V’ hull design. A choice of powerful twin diesel engines provides up to 4800hp, enabling this yacht to achieve speeds in excess of 25 knots. Performance is complemented by leading-edge technology throughout, such as computerised engine management systems and the very latest navigation and communication equipment – making island hopping or extended cruising equally effortless. There is also the option of fitting Trac-Star, a system that provides optimum stabilisation while at anchor and when underway, again an option taken up by the owners of La Volpe who plan to use her cruising the waters of Australia after an initial season in the Mediterranean this summer. 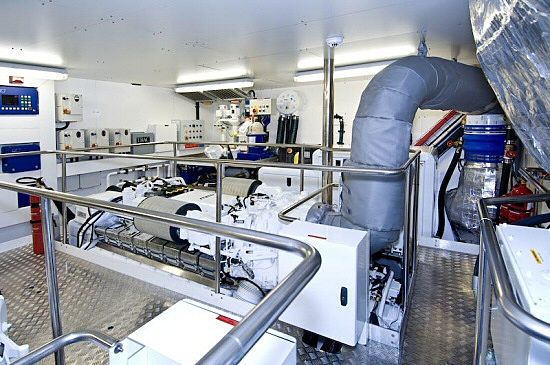 Built to meet the requirements of regulating authorities including the Marine Coastguard Agency (MCA) dependent on owners’ specifications this yacht has been constructed to comply with the RINA Commercial and the MCA LY2 code for Short Range Yachts through the Cayman Islands where she is to be flagged.

Her Australian owners have chosen to install a European electrical specification but just as easily the yacht could have be equipped to cruising easily in American waters with equipment running at 60Hz. Other mechanical options chosen by this owner include an Alfa Laval fuel cleaning centrifuge, a Hamman waste water treatment plant, a frequency converter and air conditioning units with tropical specifications. The owners have also chosen to increase her range with the addition of extra tankage to improve her capacity from the standard 14,450 to 19,500 Litres of fuel.

By Frances and Michael Howorth