After an exciting sailing yacht project, Jim Robert Sluijter has now unveiled a 65- metre motor yacht concept called Wingspan. The yacht is designed for a client who is an enthusiastic car collector. The automotive nature of the brief led to several exiting ideas, but in the end a single idea shaped the concept. 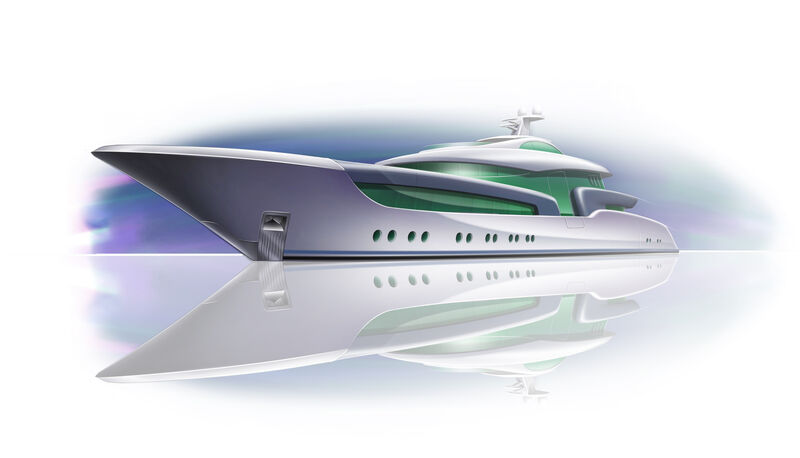 Since the project is more than just an exterior styling exercise, this idea shaped the interior, exterior and layout of the yacht. The core idea is to vertically expose cars in a full beam staircase that opens up the interior of the yacht. As a result, an atrium provides amazing views to the client's favorite cars on either wall and connects all decks of the yacht with a central staircase. 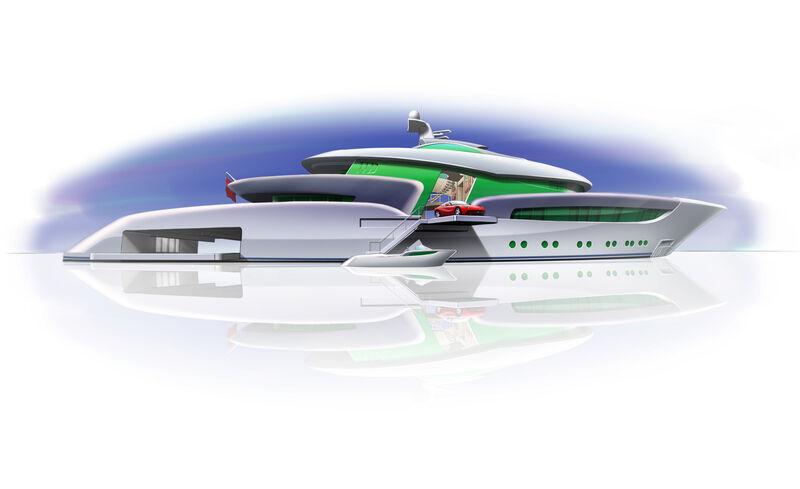 The atrium provides a grand entrance to the yacht by opening up hatches on either side to which the cars are attached. Although the atrium is full beam, the crew route is still completely separated from guest areas by having crew staircases forward and aft of the atrium, connected by a corridor. 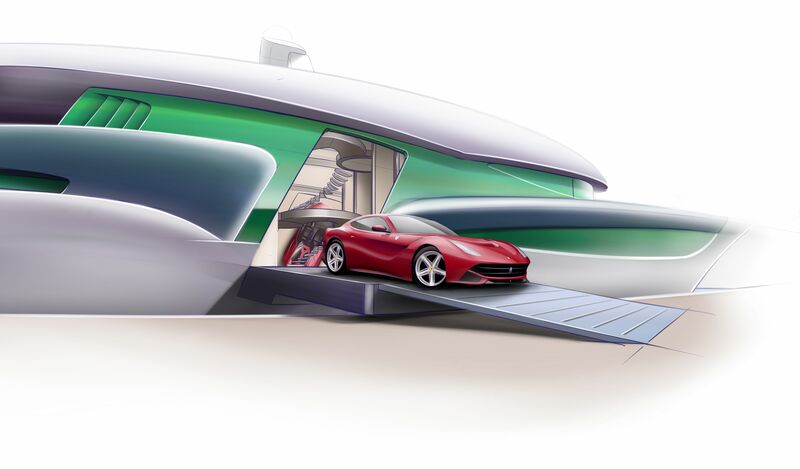 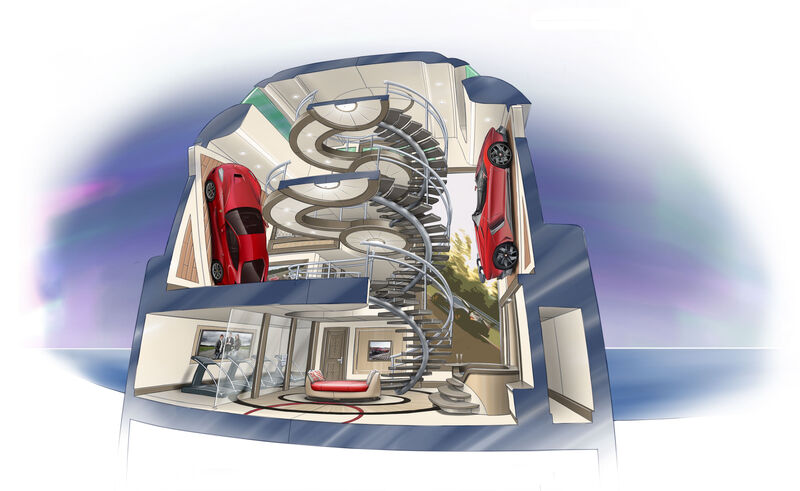 Because the client likes automotive styling, some interesting automotive detailing was used. For example, the blue surfaces in the profile hint to the elegantly shaped wheel arches of classic cars. 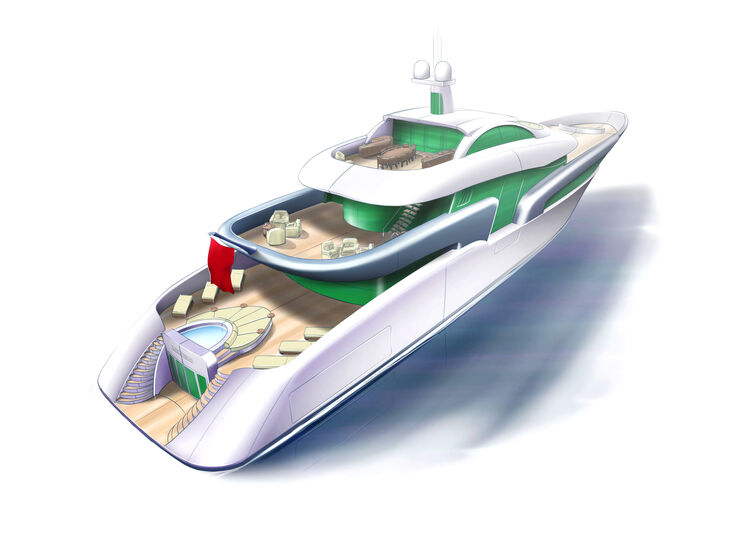