Ahead of The London Yacht, Jet & Prestige Car Show, SuperYacht Company has released the most definitive statistics on the 2014 superyacht new-construction market. 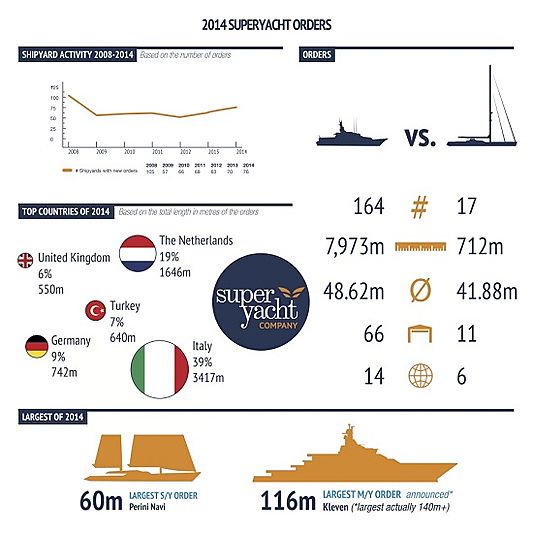 The amount of new projects per year, which includes new orders placed by clients and yachts of which the construction has started on speculation, is one of the most significant numbers in the superyacht industry. New projects are not only vital for shipyards but for countless businesses in the superyacht industry, ranging from suppliers to designers, and from subcontractors to the media.

Between January and December 2014, SuperYacht Company recorded 181 new projects for yachts over 30 metres; this number represents an increase of 13.8% compared to 2013, when there were 159 new projects.

The largest project announced to the public was the 116 metre expedition superyacht under construction at Kleven in Norway, however we are aware of a new confidential project over 140 metres. 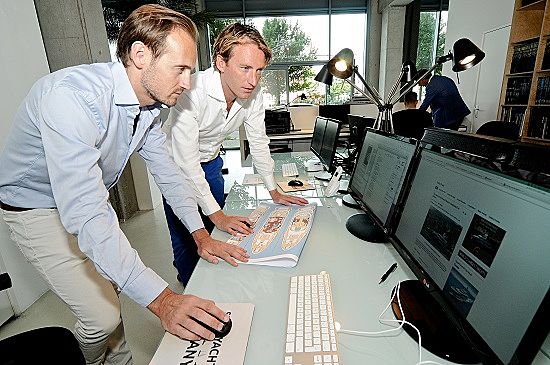 If you have any questions about these numbers, please stop by at The London Yacht, Jet & Prestige Car Show. We are located at stand R06, or contact me directly at the number below.