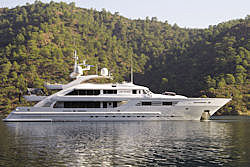 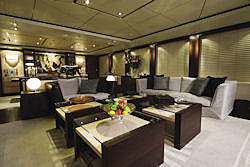 Jeremy Comport announces a couple of new listings including the 47.5m (155’1) Lady Dahlia from ISA. Built in 2005, she is a spacious and comfortable superyacht with accommodations for 12 guests. Jeremy also lists the 39.65m (130’1) Mangusta Aset for sale. Built in 2007, and with accommodations for 11 guests, she is presented in immaculate condition. 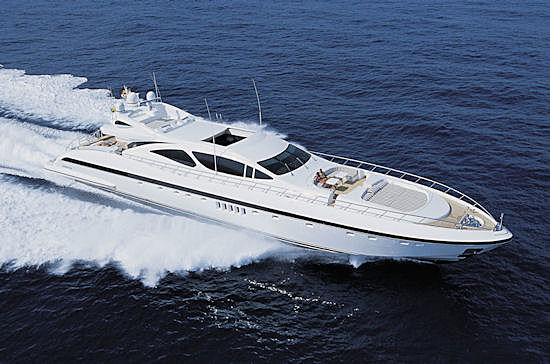 Over in the Palma office Arne Ploch lists the 26.8m (87’11) displacement yacht Blue Florentin. Built in 2004, this Custom 86 from Bugari Custom Yachts was built for cruising in all weather/ ocean conditions. Also in Palma, Jonathan Syrett lists the 25.6m (83’1) Astonda 82 GLX ‘Millenium’ Yaiza. Built in 2000, she boasts every commodity offered on a yacht far in excess of her size.