New additions to the order book this week include the latest new order at Feadship De Vries in Makkum. The new 88 meter yacht, which was signed shortly after Christmas, will be fitted with latest technology. The yacht will be equipped with four engines that drive 3.2m propellers and provide enough power to reach a speed of 22+ knots. The 1004 will also be equipped with Feadship’s 'dynamic positioning' system, that will hold the yacht in position, at the flick of a switch. There are two 10m tenders and a helicopter that is stored below decks. 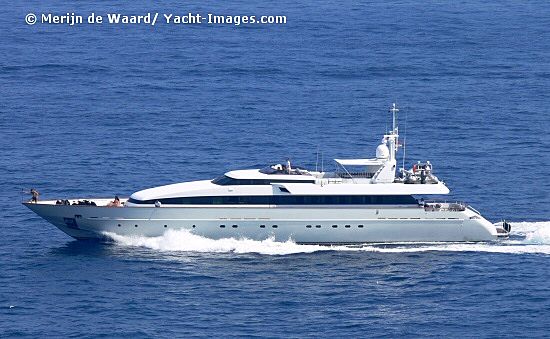 17 completed yachts were added to our database this week, ranging from the 1931 Altair, to the 2006 Larisa. Larisa was launched as Romanza as the sixth in the series of Benetti Vision 45's. She was recently sold by Edmiston. Hemilea, a 1992 Baglietto, was completely refitted in 2002 by her original builder. The refit followed an unfortunate incident in which the bow of the vessel became heavily damaged. During the refit she also received a new stern, adding a couple of feet to her length.