The order book and our list of completed yachts has been updated with several Mangusta's, in different model ranges. The list of yachts under construction has been updated with three 105s models, and our database of completed yachts was updated with two 105s models , a 108 and a 130. The combination of the racy open sport boat looks, and a clever layout design make Mangusta's some of the worlds most sought after open sport boats. Mangusta's are built at the Overmarine shipyard in Viareggio, Italy. 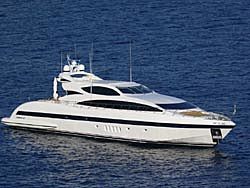 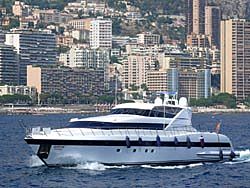 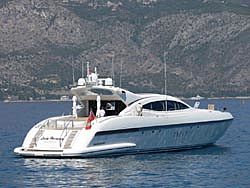 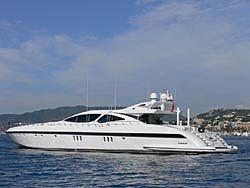 The Mangusta brand is offered by the Rodriguez Group. The groups financial results were made public earlier this week: The Group realized sales of € 84.7 million, at December 31, 2007. New Yachts sales amounted to € 64.2 million, compared to € 61.7 million in 2006/2007, which is in line with Group’s guidance, confirming it's New Yacht sales objective of € 320 million for 2007/2008, whilst Pre-Owned Yachts sales amounted to € 7.6 million, and Yacht Services and Merchandise reaching € 12.9 million.