Blue Bird, originally launched in 1938 by Sir Malcolm Campbell, holder of the world land and water speed records. During the war she was requisitioned, and took part in the evacuation of British forces from Dunkirk. She later served as a patrol vessel, and as a customs Examination vessel. After the war Blue Bird was owned by a variety of owner's, until she finally ended up as a passenger yacht based in Rotterdam. In 2004 Blue Bird was bought by her current owners, who took her to Astilleros de Mallorca for a complete refit . Blue Birds experienced yacht owners hired London based designers Bannenberg Designs to design the interior to match her vintage looks. 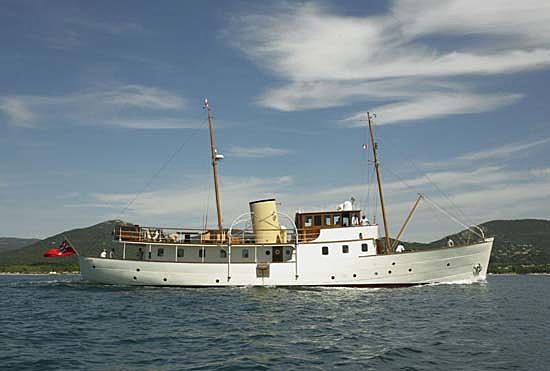 We have updated our list of yachts under construction with four new yachts by ISA, including two of the yard's highly popular award-winning ISA 120 series. This three-deck boat has many distinctive features: a lower deck with the four large and well lit guest cabins located in the central to central forward section; on the main deck with the owner’s cabin, located slightly forward of midships and extending the full beam on a split level distribution, and in the aft section a large saloon which opens on the cockpit which becomes its natural extension.

With exterior design by innovative designer Andrea Vallicelli, the ISA 140 is dramatic throughout. The bold diagonals that run from sundeck to stern complement the trademark sweeping stairways, while on the top-deck the sunbathing area encircles the Jacuzzi. The 140 accommodates 12 guests in exceptional comfort, with provision for a crew of 10. Powered by twin MTU’s 2,170hp and driven by 2 Kamewa Lateral Jets the yacht has a range of approx 550 nautical miles.