Island Global Yachting (IGY) has been chosen to operate the new Turks & Caicos Yacht Club (TCYC) at the Nikki Beach Resort & Spa on the Turks and Caicos, B.W.I. Opening this Spring, the 110-slip megayacht marina will accommodate vessels up to 200 feet and will hold the distinction of being one of the world’s first eco-marinas (the first of such within the Northern and Southern Hemispheres of the Atlantic Ocean). Set within the backdrop of a world-class resort facility, the marina will feature premier IGY amenities and service including state-of-the-art technology, 15' wide concrete floating docks, 24-hour access, an on-site Customs and Immigration Services office, and a VIP lounge for captains and crews. 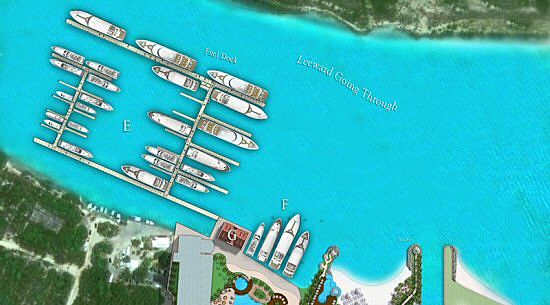 “We are thrilled to welcome the Turks & Caicos Yacht Club to the IGY collection of marinas,” said Andrew L. Farkas, chairman and founder of IGY. “Our network of Caribbean marinas is unmatched and this addition in the Northern Caribbean only further solidifies our position. The Nikki Beach brand is world-class and carries a very special allure amongst affluent travelers, and we are proud to be associated with them on this project.”

“For the discerning yachtsmen, IGY is synonymous with the industry’s highest level of amenities and service, and we are delighted to have this company managing both our marina operations, continued Rodney Propps, managing director, Leeward Group, owner of the development. “The Turks & Caicos Yacht Club and the entire Nikki Beach Resort & Spa are committed to delivering the finest hospitality experiences across each of our customer segments from our residents and club members to our resort guests and marina patrons.”

The Turks & Caicos Yacht Club has direct entry from the Atlantic Ocean via the charted "Leeward Cut" which carries 12 feet of water at MLW (Mean Low Water) with the average depth being 14' to 20'. The entry channel has a lighted international buoy system from the Atlantic Ocean to the marina which permits 24-hour entry directly to the docks, a 1 ½ mile distance. 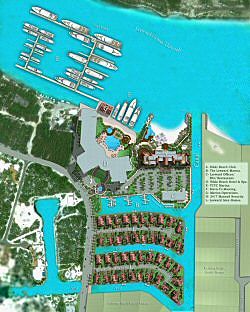 The TCYC will be one of the world's first eco-marinas, designed to protect and preserve the pristine water in which it sets. In addition to exceeding all 22 Guidance Notes to the Blue Flag Marina Criteria (www.blueflag.org/Criteria/Marinas), an eco-marina must be designed, built, maintained and operated to be protective of the ecology beneath the waters in which it sets.

The TCYC will mandate that oil changes and extractions be performed by their in-dock, central oil vacuum system which delivers the extracted oils to an off-site storage facility for later collection and recycling. A pressurized central grey and black water vacuum system is integrally located within the floating docks and a connection point for pump-outs is provided at every slip. The sanitized system vacuums the waste into a pressurized sewage collection system which connects off-site to the Turks & Caicos Island's first central wastewater & sewage treatment and disposal facility.

Holding tanks are quickly vacuumed while the vessel remains in its slip. Each vessel must complete registration information upon entering the TCYC, identifying the size of its holding tank(s) and the number of persons aboard. This data is entered into the marina’s computerized monitoring system which electronically and telephonically notifies the crew and marina staff whenever it calculates that a holding tank pump-out is required to prevent accidental oversight by the crew. Holding tank pump-outs are provided at no charge at TCYC.

A fire control system is integrally installed within the floating dock system and is augmented by cabinet-mounted ABC fire extinguishers equally-spaced along the floating docks. The Water Sports Marina (for vessels 25' to 49') is a fully protected basin with fueling stations which are equipped with state-of-the-art gasoline fuel delivery and spill protection systems.

Other services include 24/7 manned security gates, a world-class Marina Operations building which houses an on-site Customs and Immigration Services office (TCYC is an official Port of Entry for the Turks & Caicos Islands), the dock master's office and separate, designer-appointed, showers, sinks and toilets having hi-end fixtures for male and female crew and, a proper lounge for crews, equipped with plasma TV's, comfortable seating, VOIP telephones and internet service. The full amenities of the entire Nikki Beach Resort & Spa including restaurants, swimming pools and beach are available to marina guests.

IGY developments are not only enhancing and revitalizing their local areas, but the network of properties is setting new standards for service and quality in nautical tourism. The company offers an unprecedented Pan-Caribbean collection of marinas including locations such as: St. Maarten, St. Lucia, the British Virgin Islands, and St. Thomas.

IGY’s signature marina, Yacht Haven Grande St. Thomas, opened in March 2007, and can accommodate yachts ranging in size from 60 to 500 feet. Its facilities are considered by the industry to be the most technologically advanced and are complemented by its upland development of world-class shopping, restaurants, entertainment and recreational amenities, as well as luxury residential units. Since its opening, the marina has attracted some of the world’s most spectacular private yachts.