The first Wider 165 superyacht is nearing completion in Italy, with her launch scheduled to take place in April. Known as Cecilia for now, the 50-metre superyacht is designed by Fulvio de Simoni and will be the largest vessel to come out of the Wider yard to date. 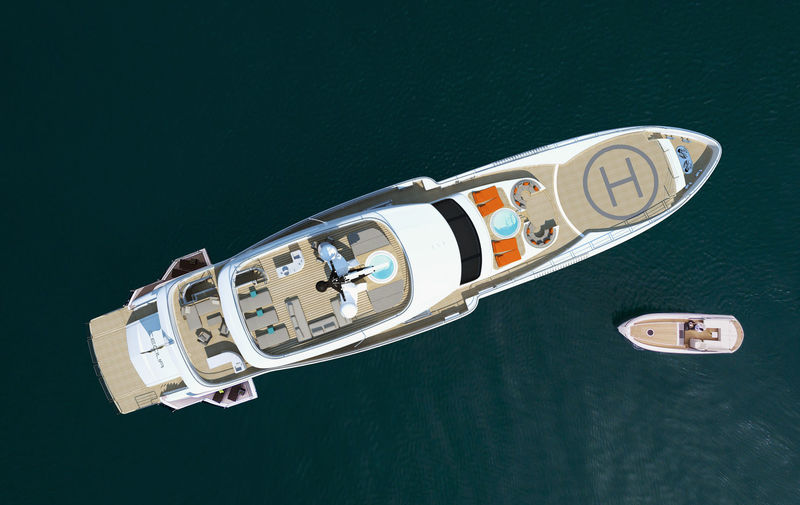 The 165 has been developed for an owner who had several specific requests. Amongst her stand out features include a touch-and-go helipad on the bow, diesel-electric propulsion, a generous 98 sqm beach club area and a 7-metre seawater swimming pool. She will also come equipped with a 32’ tender stored in the beach club.

In regards to her performance, she has a maximum speed of 14.1 knots, and a cruising speed of 13 knots. At an economical cruising speed of 10 knots, she has an impressive range of 5,600 nm. Speaking of some of the advantages of diesel-electric propulsion on board, Wider’s Jeremy Roche says: “The advantages of Diesel Electric over traditional propulsion include the ability to run solely on battery power for a full night or whilst using the beach club in complete silence –  no noise or smoke or smell, just the sound of the waves lapping up against the side of the hull. There’s also an increased flexibility of layout, as more space is created at the midships which allows for more generous quest cabins. And of course, the  reduced noise and vibration equal greater enjoyment while using the yacht!” 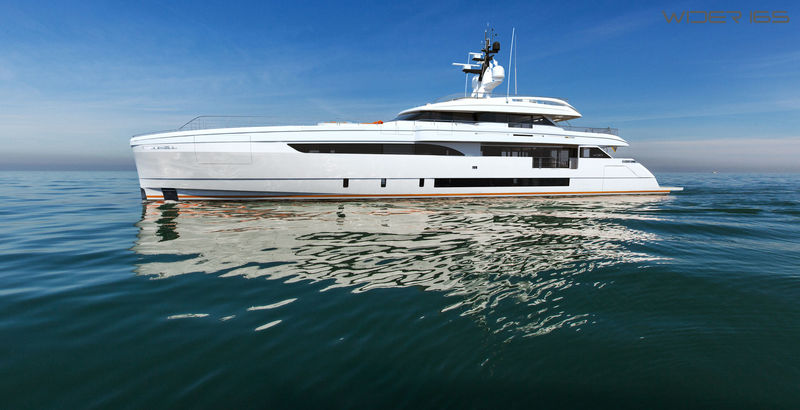