In April we launched our game-changing virtual world, SYT 3D, where professionals, owners and enthusiasts alike can engage with the industry's biggest names in full three dimensional form. Every month we will be giving an update on what’s new in SYT 3D, and with new yachts, marina’s and islands being added all the time, this is the must-see round up.

First off, here is an overview of last months stats, and the numbers speak for themselves: we have had over 17,000 active users and now have three islands, six marinas and 35 yachts in the fleet.

Some of the most standout yachts to be added to SYT 3D this month include the revolutionary 88-metre Perini Navi sailing superyacht Maltese Falcon, which was launched in 2006. The superyacht features interior and exterior design from Ken Freivokh, and has three rotating masts, each with five sails which support the yacht to speeds above 24 knots. 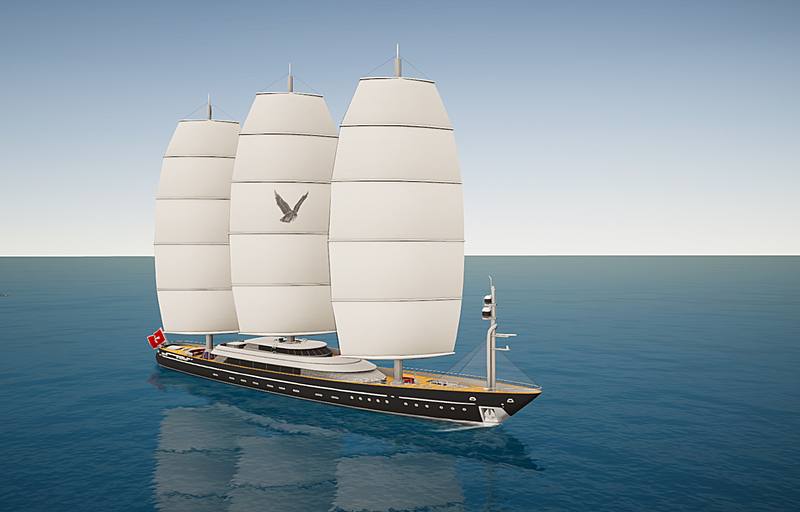 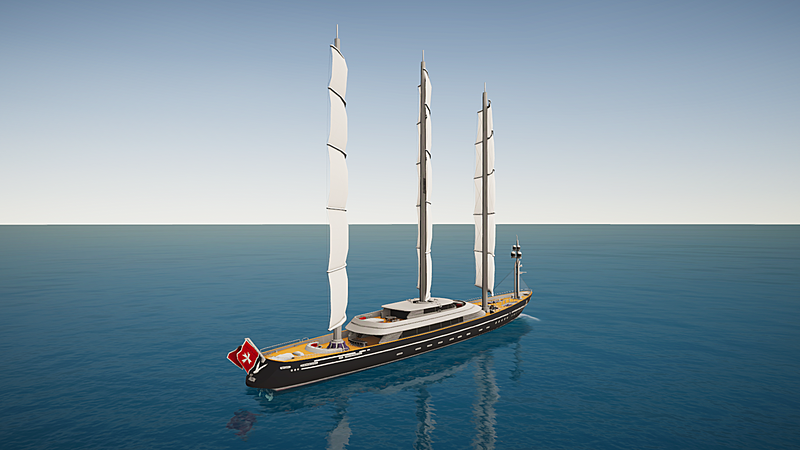 The Blohm & Voss GmbH superyacht Lady Moura, which is currently on the market and recently made headlines for the revelation of her price, has also been added to the virtual world. The 105-metre superyacht was one of the largest superyachts in the world when she was launched in 1990 and is an icon of her era. With exterior and interior design by Luigi Sturchio, she accommodates as many as 27 guests, who are taken care of by a crew of 72. 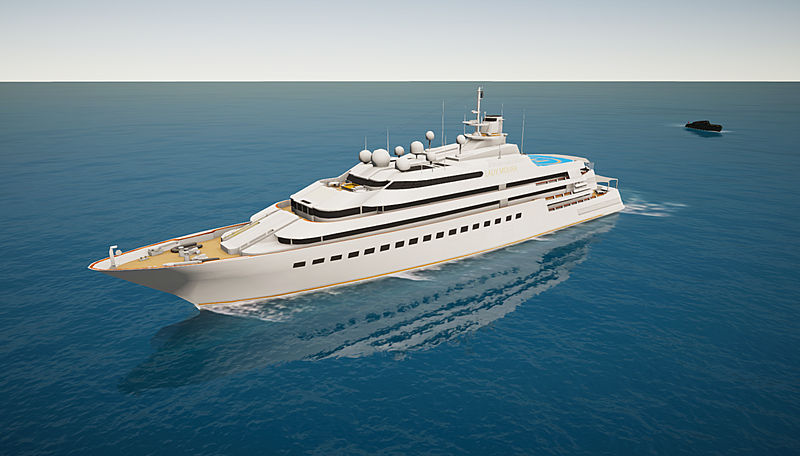 This week we have some exciting additional developments, including the unveiling of a new Turquoise Yachts superyacht design, which can currently be viewed within her shed at the centre of the superyacht fleet. This month will also see the addition of the Tomahawk 500 GT concept from Columbus Yachts, one of the most radical designs to come from the designers, so keep your eyes peeled for some exciting new updates.

Finally, we are adding the world’s largest composite superyacht, the first hull of which only premiered last week, the 54-metre Majesty 175 from UAE-based yacht builders, Gulf Craft. The yacht’s interior and exterior were designed by Cristiano Gatto Design Studio, while her naval architecture comes from the drawing boards of Yankee Delta Studio. 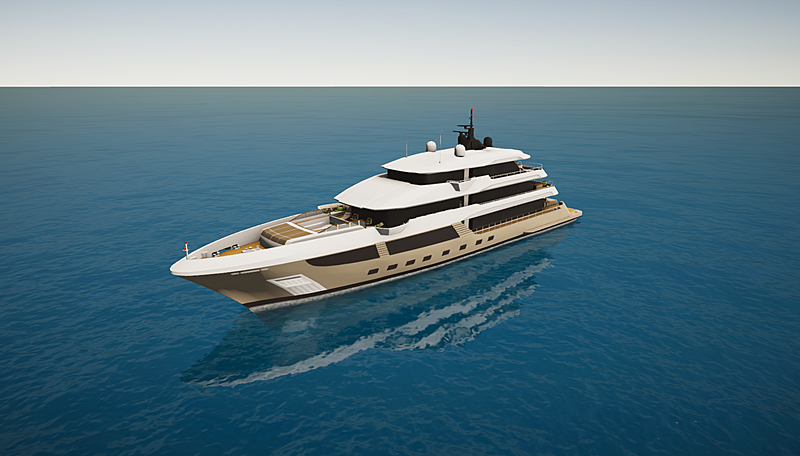