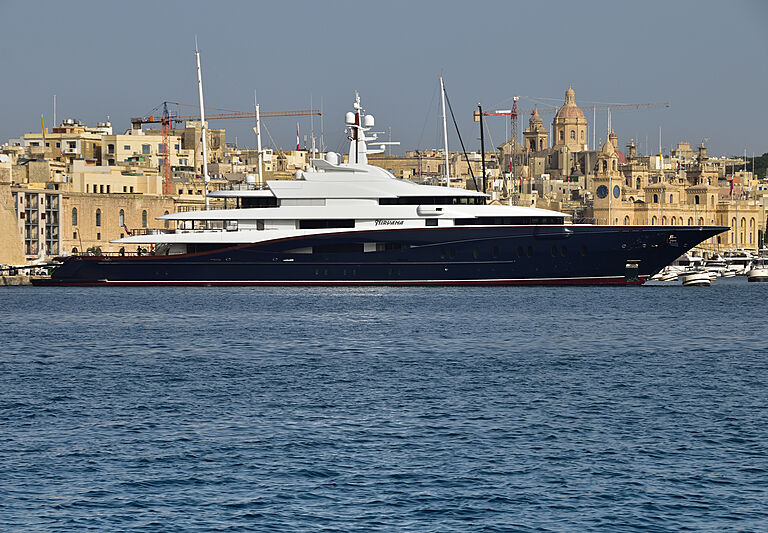 Photo: Karl BorgSpotted last week in Malta, is the 88.5-metre superyacht Nirvana. Built by Oceanco in Alblasserdam, the Netherlands, she was launched in 2012 and became one of Oceanco’s largest superyacht projects at the time. Nirvana is the work of the Dutch shipyard alongside Australian designer Sam Sorgiovanni, who used approximately 180 different materials onboard, everything from bronze to ironwood to nickel to silk to onyx. She has a deep dark blue hull, slightly flared bow and a downward curve aft of amidships. Another stand-out feature on board must be the 80-metre-long owner’s deck stretching nearly the entire length of the boat.

German Giants in Gibraltar: Nord and Sailing Yacht A