Nobiskrug launched the 73.15m hull 778 yesterday from their shipyard in Northern Germany. Like her smaller sister, Triple Seven, both the interior and exterior of 778 were also designed by the Hamburg based design studio Newcruise. The yacht can accommodate 12 guest in 6 suites and no name has been revealed yet.

The following photo of 778 was made by Carl Groll just after her launch. 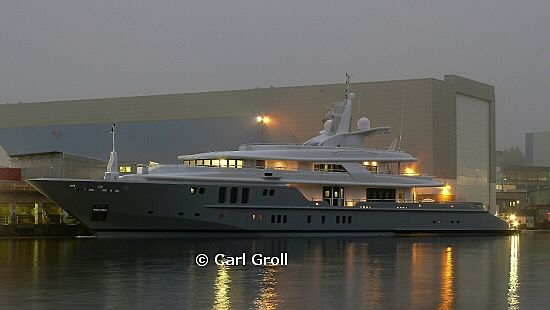