Nearly a year after the Nobiskrug project 794’s keel laying in Kiel, Northern Germany, the shipyard together with owner’s representative Imperial celebrated the 62-metre motor yacht’s next stage of construction as the completed hull and superstructure was moved to Nobiskrug’s modern outfitting hall in Rendsburg where she will be completed. It will be another 12 months before the project sees the light of day again during her delivery in spring 2021. 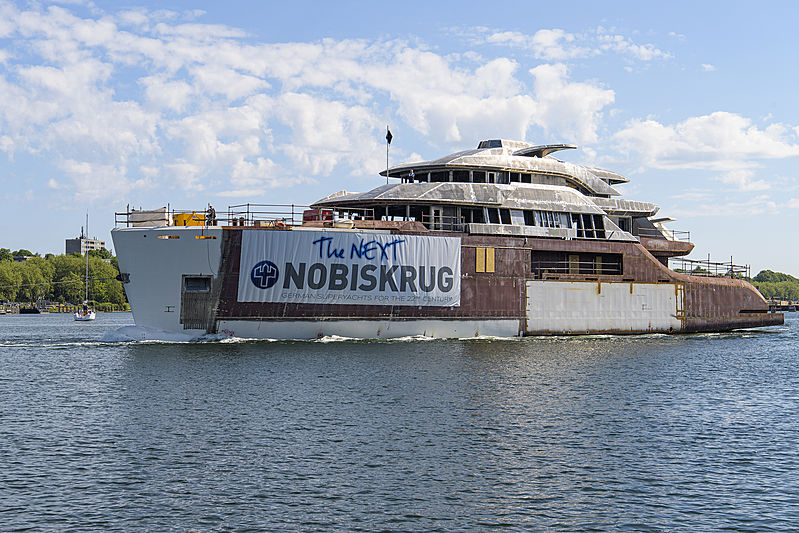 The vessel is the design work of Espen Øino who is said to have created an open-plan layout with expansive deck spaces spread across five levels. A vertical bow creates a high-volume interior where guests can look forward to features such a wellness centre with a 7-metre glass-walled pool and a large watersports centre. 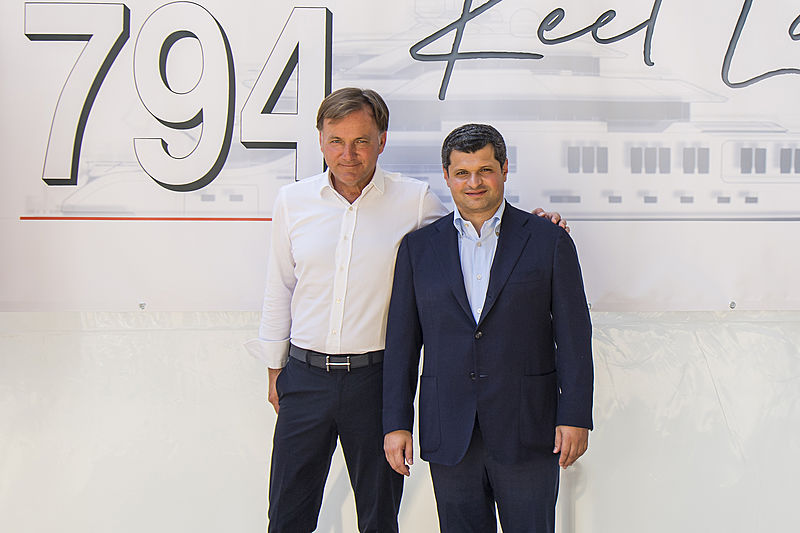 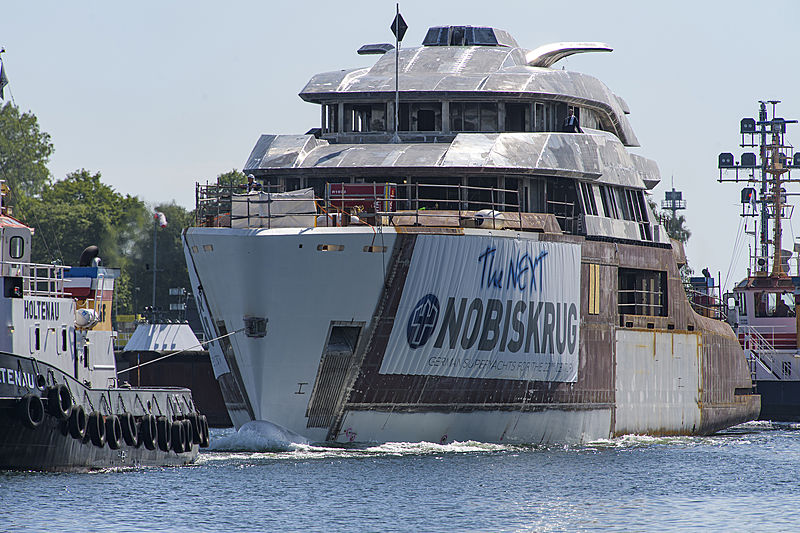 This is the second motor yacht project which build supervisor Imperial is currently working on with Nobiskrug in addition to the 77-metre Black Shark, also on schedule for completion in 2021.

Insight: Behind the lines of the 77m Black Shark with Winch Design

Video: All you need to know about Lürssen's 90m Project 1601