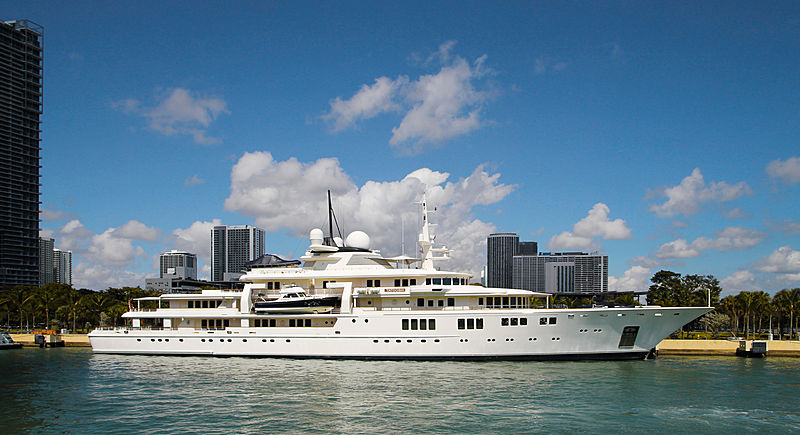 Photo: Merijn de Waard / SuperYacht TimesBuilt at the Nobiskrug shipyard in Germany in 2000, Tatoosh is a world-travelling motor yacht built for independent cruising and self-sufficient living in some of the world’s remotest regions. Under her the command of her late owner, Tatoosh travelled from the Pacific to the Indian Oceans and everywhere in between. She is the design work of Kusch Yachts and Studio Yacht and features a luxury interior from the drawing boards of Terence Disdale. Just some of the stand-out features on board include a large swimming pool on her main aft deck and two massive tenders stowed on each side of the yacht.