On 12 December 2008 the Nobiskurg shipyard in Rendsburg launched the completed hull and superstructure of Sapphire. Following her launch from the slipway she was towed in a dock from where she will be outfitted. 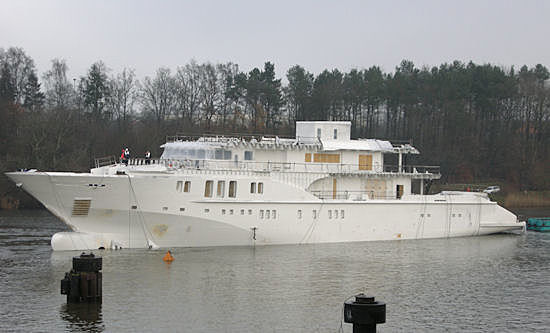 The 74 metre Sapphire is being built for the same owners who built the 66m Triple Seven and the 73m Siren at the Nobiskrug shipyard and like these two superyachts Sapphire will also feature a design by the Newcruise Design Group.