Nobiskrug kicked off the week on a high note with a sunrise launch of its highly-anticipated 80-metre motor yacht Artefact on the banks of the Kiel Canal in Rendsburg, Northern Germany this morning. Designed by Gregory C. Marshall (exterior) and Reymond Langton (interior), the 2,990 GT Artefact is set to become the highest-volume 80-metre superyacht afloat once she is delivered this summer. 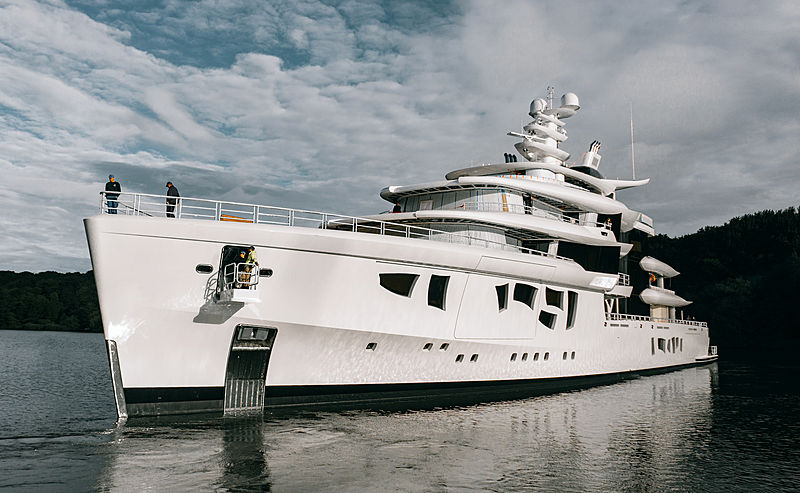 Commissioned by a visionary and technically-minded owner, steel cutting got underway in November 2016 after nearly two and a half years of research and development by Nobiskrug as naval architects of the project together with the yacht’s designers. “We’re not afraid of pushing the envelope, but perhaps the biggest challenge with Artefact was that she’s a very high volume yacht with a fibreglass superstructure and tremendous amount of heavy glass,” said Nobiskrug’s Managing Director, Holger Kahl in a previous interview with SuperYacht Times. 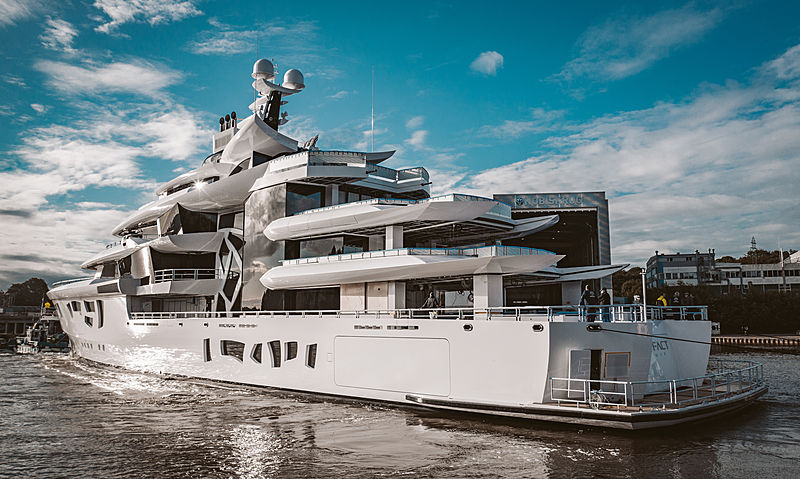 To achieve the radical exterior shapes as designed by Canadian Gregory C. Marshall, the project team decided to build the superstructure from GRP instead of conventional aluminium. This offset the added weight from Artefact’s countless windows (some 750 square metres of glass weighing in at 58 tonnes) and allowed the engineering team to execute the complex shapes of the design with confidence. 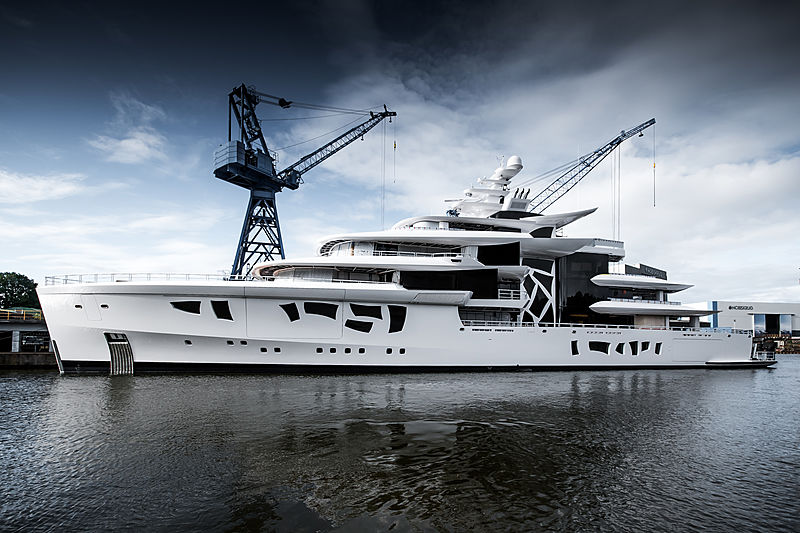 Built to the latest IMO Tier III regulations, Artefact is equipped with a sophisticated hybrid propulsion system that relies on power from various generators on board and an array of Lithium-ion batteries, making her up to 30% more efficient in the water than conventional diesel propulsion yachts in her class. These are coupled to the twin ABB compact azimuthing pods which also provide full Dynamic Positioning capabilities. In addition, 23 square metres of solar panels on the sundeck hardtop provide around 6kW of auxiliary power. 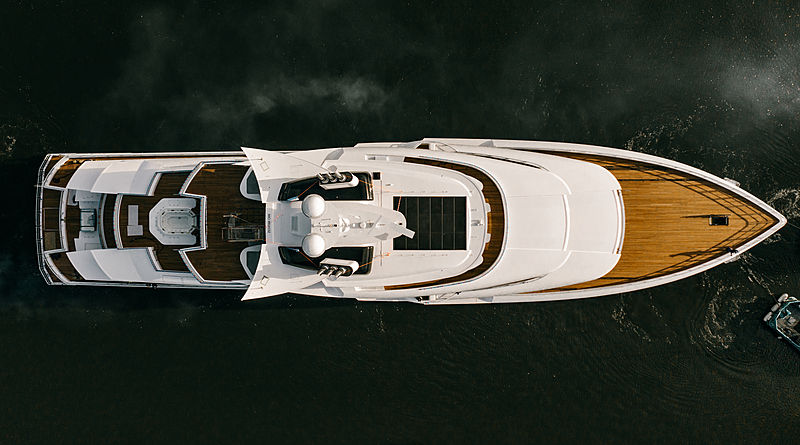 “The set up allows us to run the yacht in a state of optimal efficiency and minimal wear and tear on the generators,” explains the yacht’s captain and owner’s representative, Aaron T. Clark. “Instead of starting another diesel engine when the power demand increases, we can just pull it from the battery bank or, conversely, use any excess energy to recharge the batteries. Basically, we’re always conserving or redirecting energy, that’s the real advantage.” 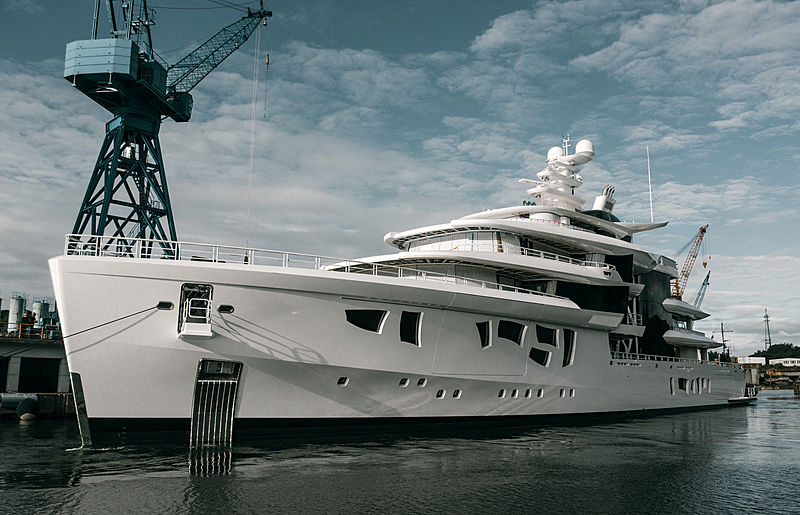 The interior, of which very little information has been released thus far, is the work of Reymond Langton and will be unveiled during Artefact’s world premiere during this year’s Monaco Yacht Show.