Home > News > Insight: Behind the lines of the 77m Black Shark with Winch Design

One thing is for sure, since the beginning, the design for the 77.1-metre Black Shark hasn’t changed much. The owner knew what he wanted, and that was “more shark”.

The well-documented move of the completed hull from Nobiskrug's facility in Kiel to the Rendsburg outfitting yard on 12th December gave the world a glimpse at the kind of gleaming beast the superyacht Black Shark will become. Whilst she was slowly towed by two tugs along the Kiel Canal and the River Eider, the exterior lines of Winch Design were shown on the water for the first time. Fast forward to today, and after having already spent so much time getting to know her, I was due to find out first-hand from Andrew Winch and his team what we can expect to see on her anticipated launch day.

“Black Shark is a big, large volume yacht but with a sleek, strong profile and a powerful, near-vertical bow. The client chose our design as a concept in discussion with the shipyard. It was a visual identity he connected with immediately; strong, long, lean and confident,” recalls Winch, who has been working alongside management company Imperial to bring Black Shark to life. 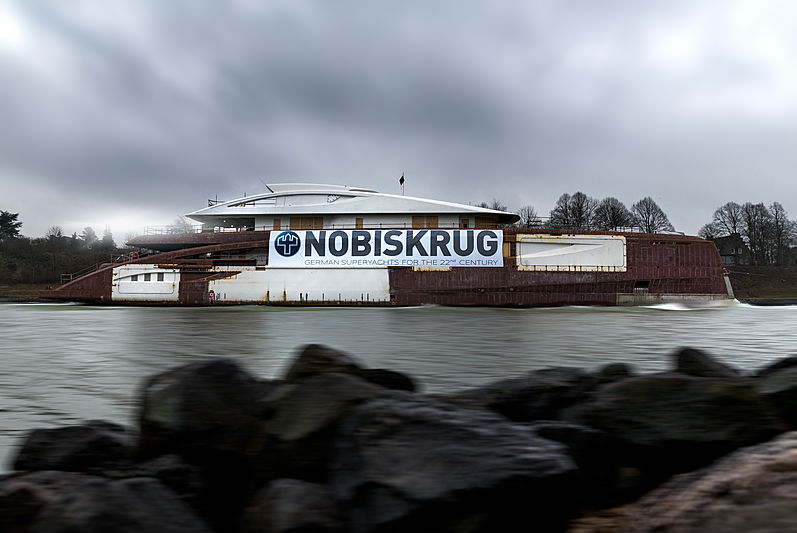 Photo: Jeff Brown“You will find her hidden shark qualities throughout the yacht, such as in the interpretation of the shark gills and fin and the matte black hull with the gloss window shelf which will create a highlight down the side of the boat. She also has a concealed spa behind the hull door, with a significant attention to detail on the deck areas and their flexible layout. Living on ‘the shark’ is going to be exciting,” continues Winch. As my imagination scrambles to put the details together, Exterior Design Associate and Project Manager at Winch Design, James Russell, weighs in. “She is certainly a departure in terms of exterior styling and design detail. An interesting detail is the exterior furniture, which will also complement the theme with regards to colours, details and finishes as well as the choice of shapes.” 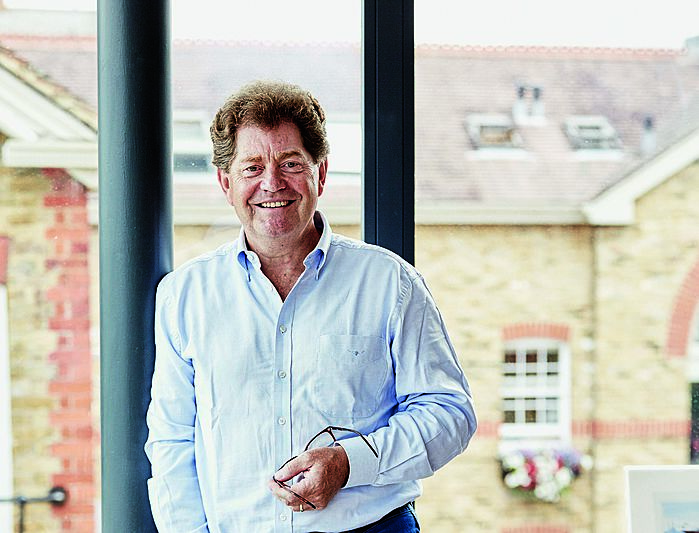 Photo: Winch DesignAs exciting as she sounds, I check in to see what the current status of the project is, as since the outfitting phase began, the priority for the world has been to unite and fight the outbreak of the coronavirus which has affected the majority of the industry’s production. However, reassurance came as I was told that Winch Design remained in a good position and is progressing with the project. “We are in the final stages of reviewing the shipyard’s construction drawings. From our side, all of the design work is finished, including the 3D models and exterior furniture, so now our focus is being on-hand during the build process and, when we are able to, visiting the construction shed and ensuring our design details are achieved,” explains Russell, confirming that the new superyacht is certainly now looking more shark-shape. “We are also nurturing the client relationship. The most interesting and rewarding aspects of the project are seeing the team’s creation ‘come to life’ and witnessing the client’s reaction to each step of the design moving forward,” adds Jim Dixon, Winch Design’s Director of Yachts and Aviation. 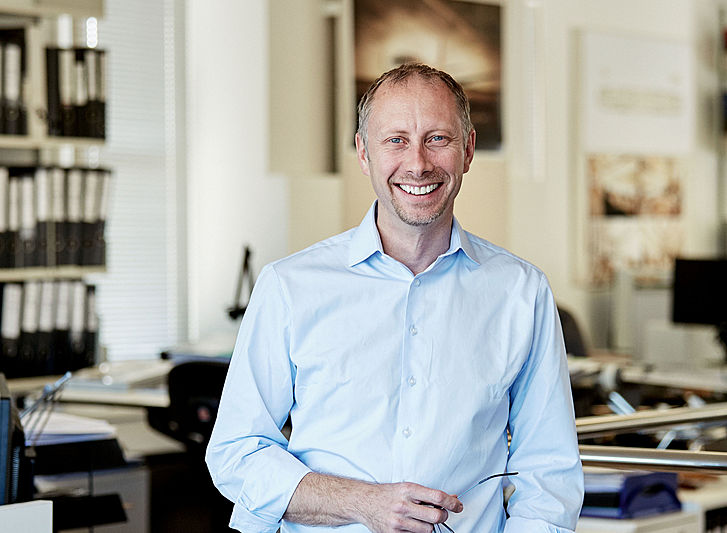 Photo: Winch DesignI dig deeper and the team reveal more about the developing design and its notorious shark detailing. Whilst doing so, they share all-new and up-close renderings of what is being described. “As you can see, she has a very solid muscular hull which is two decks high. Her proportions were a key consideration and Winch Design always looks at developing proportions that are comfortable to the eye and ensure that the scale is in balance. The simplicity of her design is one of the details we have pushed hard to achieve. We didn’t want a complicated profile: we wanted a smooth, fast and aggressive superstructure,” Winch explains. “The new renders show that she will have very large exterior decks with lots of social spaces, where we have some quite intricate exterior furniture details which will be very special,” adds Russell. 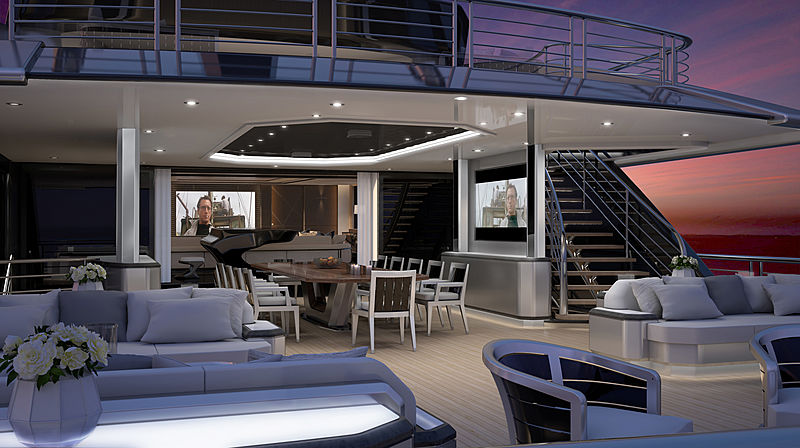 Photo: Winch DesignA shot taken from a helicopter or drone flying behind a cruising superyacht offers a striking preview into what life is like on board. With well-thought-out options for relaxing alfresco, crew standing by to welcome guests aboard and the beach club open for business, the aft area is one of the main leisure hubs on any superyacht. In that respect, Winch’s creation for Black Shark is no different, but there is a certain alluring mystery about what can be deduced from the renderings. Sure, there are constant reminders of the ‘black shark’ theme with fierce black stripes on the walls in the beach club, black upholstered furniture and dark sculptures in jagged shark tooth shapes: all of which has been cleverly put together by interior designer Sinot Yacht Architecture & Design. What is captivating is the way these features are offset by plush, light white furniture that is easy to imagine guests sinking into, relaxed and laughing. This contrasting palette and mixture of soft furnishings eliminate any pre-empted visions of an entirely black exterior deck space with deep, dark and cool masculine structures. “We actually had to try and reduce the number of details within the profile to those that only just catch your eye,” notes Winch. 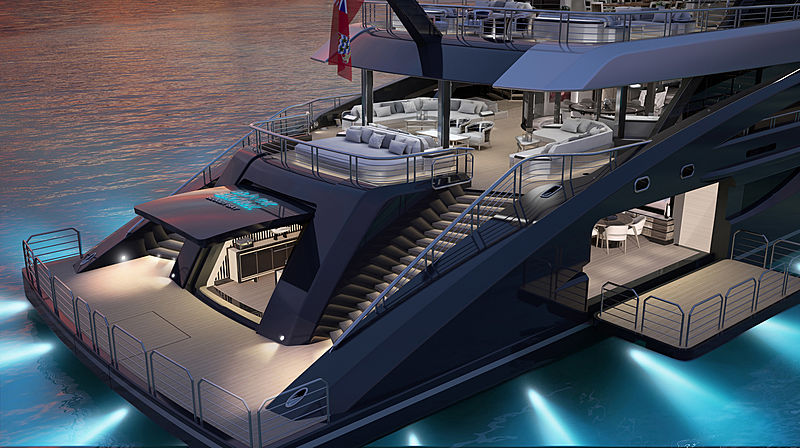 Photo: Winch DesignHowever, what is found in the aft deck area is overshadowed by the impressive shark-fin mast: a feature which, as soon as it was mentioned, instantly became the star of the show. “The shark fin took a significant amount of time to balance correctly on the superstructure. It’s easy to simply draw a profile of a shark fin, but this structural feature is also a technical platform for a lot of electronics, ventilation, lighting and radars, so it’s a complex proposition to maintain a visual signature shark fin with all these technical items. The purity of the mast will be the shark fin,” explains Winch. For such a complicated bit of kit and prominent design feature, how was it first received? “The design was signed off very quickly. We only changed and refined the exterior design in the 3D stage, where we retained the essence of the initial design but the lines were perfected in 3D which really contributed to the overall final aesthetic,” Russell recalls. 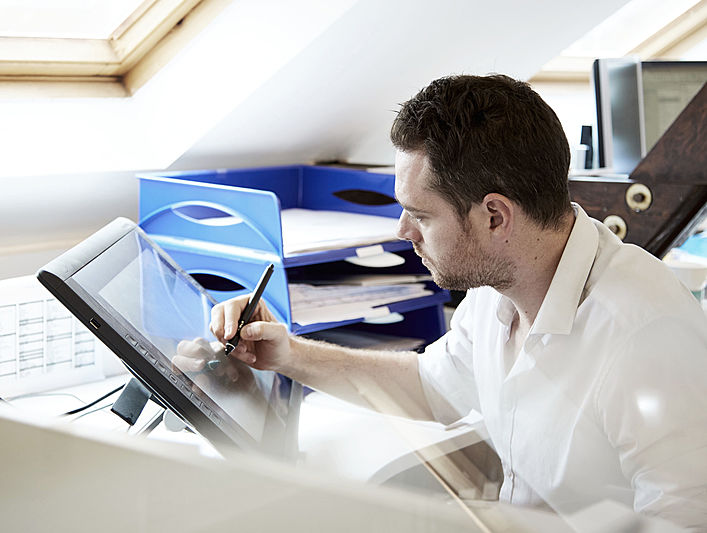 Photo: Winch DesignAlso found in the shadows of the shark fin-shaped mast lie two well-devised access points to the superyacht’s toy store. In response to Russell’s description of the fine-tuned exterior lines, Dixon continues by revealing the extent to which the design had to work to accommodate a healthy stock of garage equipment. “The exterior had to take account of two very large doors in the forward hull, right where the shark gill features are located, so the integration around this area is quite complex. In the tender garage, we have a very stylish 10.4-metre limo tender from Pascoe in a similar exterior and interior design and paint scheme to the mothership. Next to this is an 8-metre beach lander, one rescue boat and two Sea-doos.”

My time spent with the team at Winch Design further confirmed my view that Black Shark is going to be a triumphant addition to the world’s fleet, offering a perfect example of how Winch, Sinot, Nobiskrug and Imperial are an attractive collaboration. Visualising her out on the Mediterranean and being papped by the likes of yachties and curious passersby will surely ensure that the heightened media attention will continue long into her active life on the water - a thought which Winch summarises perfectly: “Our projects have a unique signature, and each one becomes an icon of its own.”