Dutch studio Vripack has joined forces with Nordhavn Yachts to unveil a brand-new superyacht concept: the Nordhavn N148 Explorer yacht. Unveiled during this year's Fort Lauderdale International Boat Show, the 45-metre expedition-style superyacht is the first metal yacht and the largest vessel to emerge from the Nordhavn product line, with ambitions to be the "ultimate crossover" between a commercial ship and a luxurious superyacht. 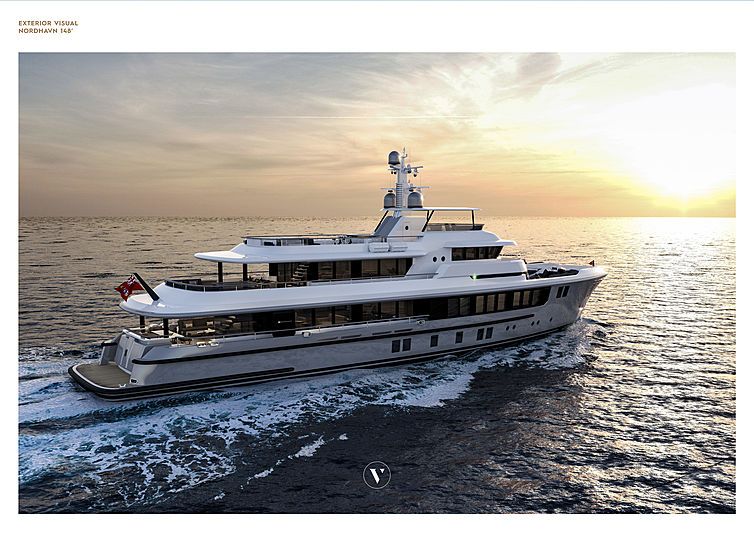 “We’ve talked about building a larger boat for a while now,” commented Jim Leishman, Vice President of Pacific Asian Enterprises, which manufactures Nordhavns. “It would be something specifically meant for the most challenging worldwide conditions.”

Nordhavn previously collaborated with Vripack on the interior design of the Nordhavn 80 which was first unveiled at last year's Fort Lauderdale International Boat Show, and the Dutch studio will be overseeing the design and engineering of the project going forward. 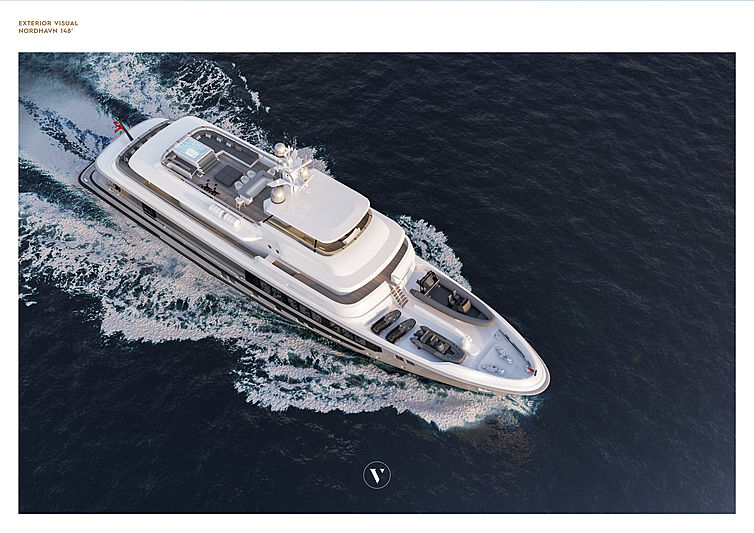 “Nordhavn were keen to tap into our explorer heritage,” says Marnix Hoekstra, co-creative director at Vripack. “Nordhavn boats are renowned for venturing to remote off-the-beaten-track destinations, and so the aim was to demonstrate to owners that this significant latest model has been conceived by a design studio that has a proven track record in this arena.” 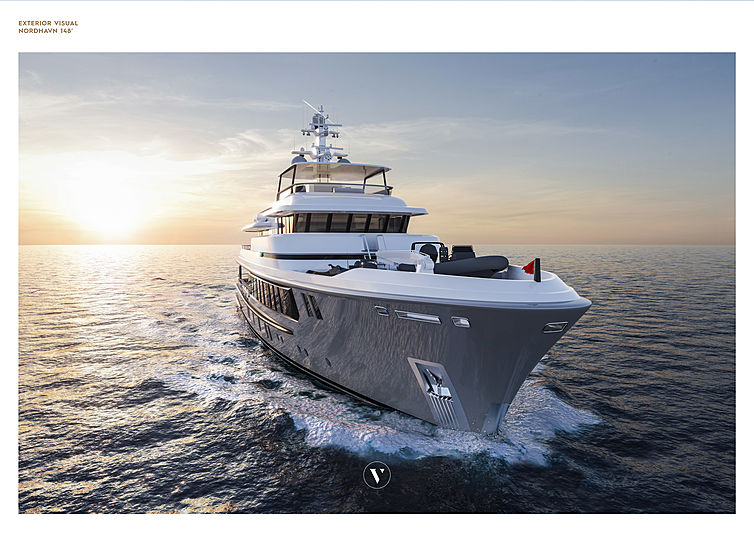 In the design of the Nordhavn N148 Explorer yacht, Vripack has added its own take on classic Nordhavn features, including a flared, rounded bow, the combination of square and round windows, and an overall aesthetic best described as 'industrial chic,' adding Dutch styling to the typical Nordhavn feel of the vessel. “As a designer, we really were able to be on the cutting edge in terms of how far we could stretch the Nordhavn brand without losing its heritage. It’s a Nordhavn explorer – designed by Vripack – but it remains a Nordhavn nonetheless. Our aim was simply to reimagine it,” comments Hoekstra. 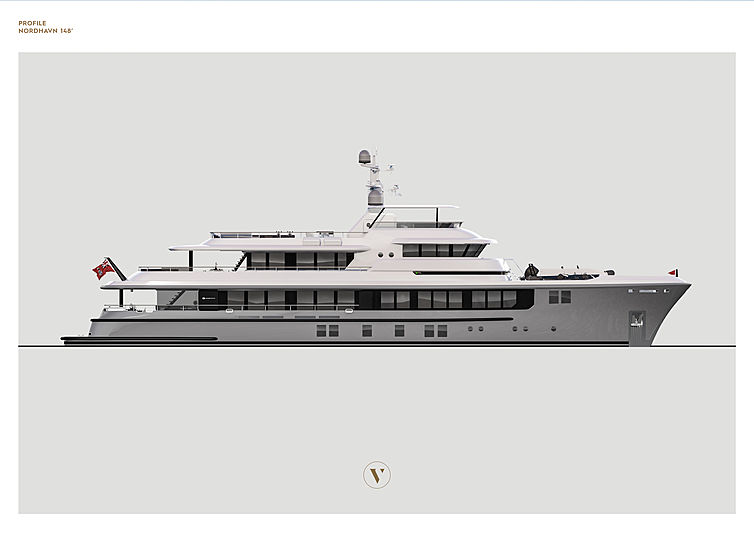 At 495 GT, the interior volume of the 45-metre yacht would be approximately 25% larger than the brand's current flagship vessel, the 36.75-metre Nordhavn 120, which is constructed out of FRP (fibre reinforced plastic) with an interior volume of 400 GT. 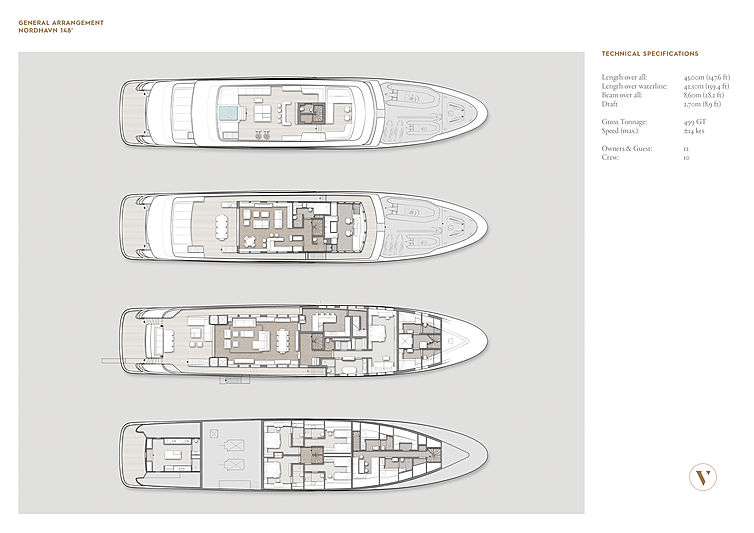 According to Nordhavn, building in steel and aluminium is not only more custom-friendly but could also enable the build to be more efficient in terms of both production time and budget, with Jim Leishman commenting that he could expect a new Nordhavn 148 to be completed in less than two years. 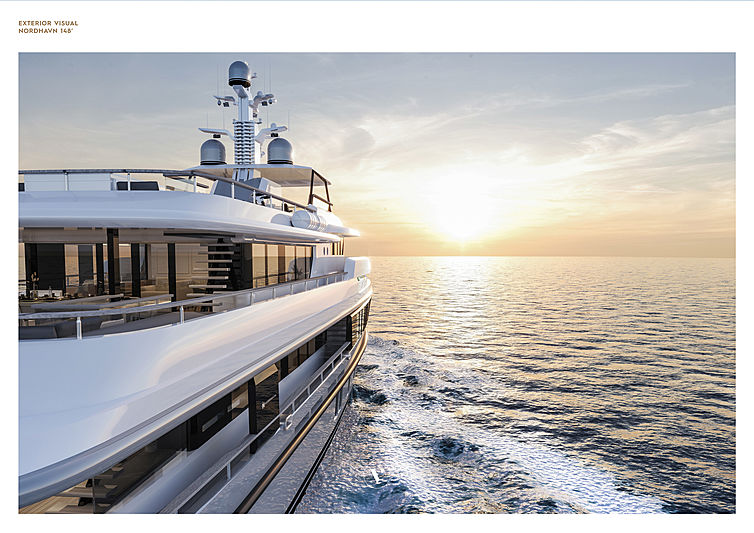